Start off your visit on the 6th (Tue): view the masterpieces at Bill Reid Gallery of Northwest Coast Art, then steep yourself in history at Deep Cove, then enjoy the sea views from Lighthouse Park, and finally kick back and relax at Spanish Banks. Here are some ideas for day two: identify plant and animal life at George C. Reifel Migratory Bird Sanctuary, then kick back and relax at Crescent Beach, and then admire the striking features of Bloedel Conservatory. 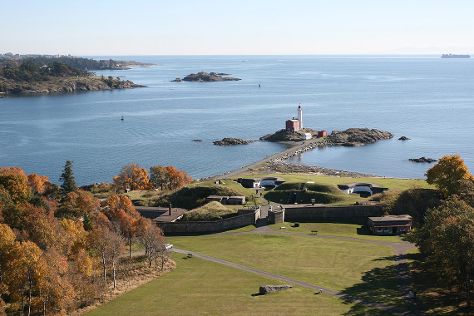 Kick off your visit on the 8th (Thu): visit a coastal fixture at Fort Rodd Hill and Fisgard Lighthouse National Historic Sites, get a sense of history and politics at Government House, and then trek along Scenic Marine Route. Keep things going the next day: identify plant and animal life at Witty's Lagoon Regional Park, look for all kinds of wild species at East Sooke Regional Park, and then contemplate the waterfront views at Clover Point Park.

For more things to do, ratings, other places to visit, and more tourist information, you can read our Victoria tour itinerary maker app .

You can fly from Vancouver to Victoria in an hour. Alternatively, you can do a combination of ; or ride a ferry. Expect a daytime high around 50°F in March, and nighttime lows around 42°F. Cap off your sightseeing on the 10th (Sat) early enough to catch the flight to Nanaimo.
more less

Widely regarded as one of Canada's most livable cities, Nanaimo remains both an industrial center and a tourist hub on Vancouver Island.

On the 10th (Sat), take a stroll through Old City Quarter, then brush up on your military savvy at Vancouver Island Military Museum, and then steep yourself in history at The Bastion.

To see where to stay, ratings, reviews, and tourist information, you can read our Nanaimo day trip tool .

You can fly from Victoria to Nanaimo in 1.5 hours. Alternatively, you can drive; or take a bus. March in Nanaimo sees daily highs of 48°F and lows of 41°F at night. Finish your sightseeing early on the 10th (Sat) so you can drive to Tofino.
more less

Things to do in Nanaimo 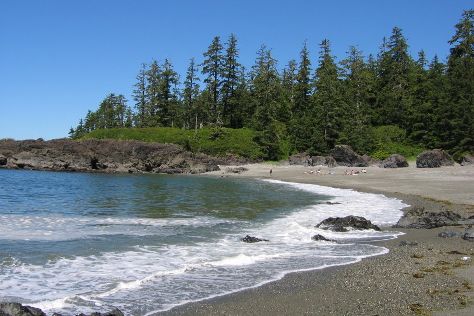 Your day-by-day itinerary now includes Hot Springs Cove as well as Pacific Rim National Park. Start off your visit on the 11th (Sun): view the masterpieces at Eagle Aerie Gallery, contemplate the waterfront views at Clayoquot Sound, and then witness a stunning natural landmark at Hot Springs Cove. Here are some ideas for day two: explore the striking landscape of Pacific Rim National Park.

You can drive from Nanaimo to Tofino in 3.5 hours. Another option is to take a bus. In March, daily temperatures in Tofino can reach 48°F, while at night they dip to 39°F. Wrap up your sightseeing by early afternoon on the 13th (Tue) to allow time for travel back home.
more less