Garden City of the East

Although Myanmar moved its capital to Naypyidaw in 2005, Yangon remains the largest city and commercial hub in the country.

Start off your visit on the 7th (Tue): make a trip to Maha Wizaya Pagoda.

For other places to visit, where to stay, and other tourist information, you can read our Yangon (Rangoon) road trip app.

Cox's Bazar, Bangladesh to Yangon (Rangoon) is an approximately 11-hour combination of taxi and flight. You can also drive. The time zone changes from Bangladesh Standard Time to Myanmar Time, which is usually a 0.5 hour difference. Cap off your sightseeing on the 9th (Thu) early enough to travel to Ngapali.
more less

Things to do in Yangon (Rangoon) 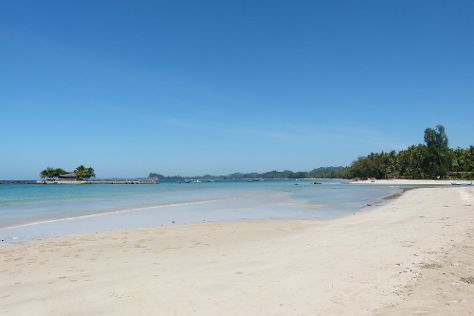 Combining traditional rural charms with an ever-growing beach resort vibe, the fishing village of Ngapali stands out as a highlight of Myanmar's west coast.

On the 9th (Thu), enjoy the sand and surf at Ngapali Beach.

Plan my Ngapali trip by asking Inpirock to come up with tips and suggestions.

Traveling by flight from Yangon (Rangoon) to Ngapali takes 2.5 hours. Alternatively, you can drive; or take a bus. Finish your sightseeing early on the 10th (Fri) to allow enough time to travel to Nyaungshwe.
more less

Things to do in Ngapali 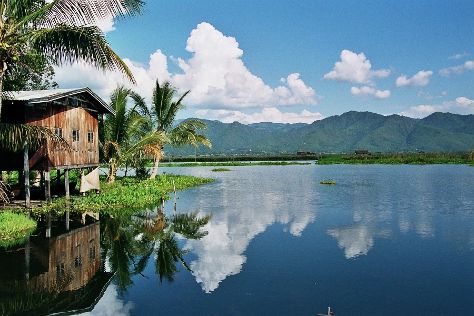 Once the capital of the Shan Kingdom, Nyaungshwe is a vibrant tourist hub of Myanmar.

On the 10th (Fri), do a tasting at Red Mountain Estate Vineyards & Winery, then contemplate the waterfront views at Inle Lake, and then contemplate in the serene atmosphere at Shwe Yaunghwe Kyaung.

To find photos, ratings, other places to visit, and other tourist information, you can read our Nyaungshwe online trip itinerary maker.

Getting from Ngapali to Nyaungshwe by flight takes about 3.5 hours. Other options: drive; or take a bus. Cap off your sightseeing on the 11th (Sat) early enough to travel to Mandalay.
more less

Things to do in Nyaungshwe 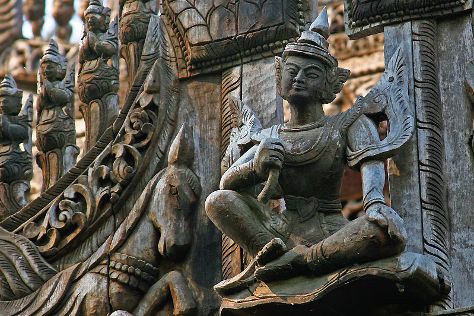 Built on a large scale by a king needing to impress and rebuild after defeat in battle, Mandalay deserves exploration.

On the 11th (Sat), admire the striking features of Shwenandaw Monastery, then take in the spiritual surroundings of Kuthodaw Pagoda & the World's Largest Book, and then take some stellar pictures from Mandalay Hill. Get ready for a full day of sightseeing on the 12th (Sun): make a trip to Mandalay Palace, pause for some photo ops at Mahamuni Image, then take in the views from U Bein Bridge, and finally take some stellar pictures from Sagaing Hill.

To find reviews, ratings, where to stay, and tourist information, go to the Mandalay itinerary maker tool.

Traveling by combination of flight and taxi from Nyaungshwe to Mandalay takes 3 hours. Alternatively, you can drive; or do a combination of taxi and train. Finish your sightseeing early on the 13th (Mon) to allow enough time to drive to Bagan.
more less

Things to do in Mandalay

Sagaing Hill, U Bein Bridge
Highlights from your plan

The thousands of temples at Bagan rise up from the plain, each with their own history, style, and spiritual meaning.

Start off your visit on the 13th (Mon): enjoy unforgettable views with a balloon tour. On the 14th (Tue), you'll have a packed day of sightseeing: revel in the low prices at MBoutik, then contemplate in the serene atmosphere at Ananda Temple, then steep yourself in history at Shwesandaw Pagoda, and finally explore the ancient world of Bagan Temples.

Plan trip to Bagan with our itinerary maker to find out where to go and what to do.

Traveling by car from Mandalay to Bagan takes 3 hours. Alternatively, you can fly; or take a bus. Wrap up your sightseeing on the 15th (Wed) early enough to drive to Sale.
more less

Things to do in Bagan

Sale is a town located in Yenangyaung Township, Magway District, Magway Region, Myanmar . Kick off your visit on the 15th (Wed): don't miss a visit to Yoke Sone Kyaung.

Drive from Bagan to Sale in 2.5 hours. On the 15th (Wed), wrap the sightseeing up by early afternoon so you can travel back home.
more less