Your day-by-day itinerary now includes Rue St. Denis as well as Underground City. Kids will enjoy Biodome de Montreal and Saint Joseph's Oratory of Mount Royal. There's much more to do: pause for some serene contemplation at Notre-Dame Basilica, test your problem-solving skills at popular escape rooms, explore and take pictures at Old Port of Montreal, and get your game on at Maeva Surf.

Plan my trip to Montreal with suggested itineraries provided by Inspirock.

If you are flying in from United States, the closest major aiports are Montreal / Pierre Elliott Trudeau International Airport, La Macaza / Mont-Tremblant International Inc Airport and Montreal International (Mirabel) Airport. In December in Montreal, expect temperatures between °F during the day and °F at night. Finish up your sightseeing early on the 16th (Mon) so you can go by car to Piedmont.
more less 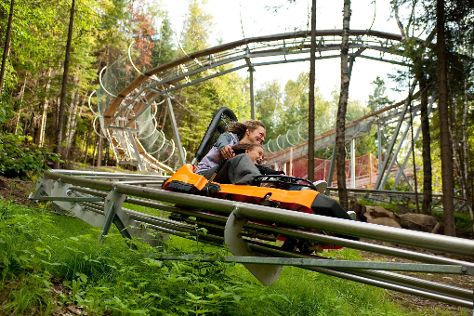 To see where to stay, traveler tips, more things to do, and tourist information, use the Piedmont online trip itinerary planner.

You can drive from Montreal to Piedmont in an hour. Wrap up your sightseeing by early afternoon on the 18th (Wed) to allow enough time to drive back home.
more less

Things to do in Piedmont