On the 28th (Sat), explore the fascinating underground world of Gran Cenote, then delve into the distant past at Tulum Archaeological Site, then enjoy the sand and surf at Paradise Beach, and finally view the masterpieces at MiNiAtUrE art Gallery. Keep things going the next day: delve into the distant past at Cobá Zona Arqueológica Cobá and then discover the deep blue sea with a scuba or snorkeling tour.

For traveler tips, where to stay, maps, and other tourist information, go to the Tulum travel planner .

San Francisco, USA to Tulum is an approximately 10-hour combination of flight and bus. You can also do a combination of train, flight, and bus; or drive. The time zone changes from Pacific Standard Time to Eastern Standard Time, which is usually a 3 hour difference. Expect somewhat warmer temperatures when traveling from San Francisco in March; daily highs in Tulum reach 81°F and lows reach 66°F. Cap off your sightseeing on the 29th (Sun) early enough to go by car to Cozumel.
more less

Start off your visit on the 30th (Mon): discover the deep blue sea with a scuba or snorkeling tour, see the vivid underwater world at Palancar Reef, and then tour the pleasant surroundings at Columbia Reef. Get ready for a full day of sightseeing on the 31st (Tue): explore the gorgeous colors at Santa Rosa Wall, then see what you can catch with a fishing tour, and then kick back and relax at Punta Sur Eco Beach Park.

To see traveler tips, more things to do, where to stay, and other tourist information, go to the Cozumel trip maker .

You can drive from Tulum to Cozumel in 2.5 hours. In March in Cozumel, expect temperatures between 81°F during the day and 66°F at night. Finish your sightseeing early on the 31st (Tue) to allow enough time to travel to Mexico City.
more less 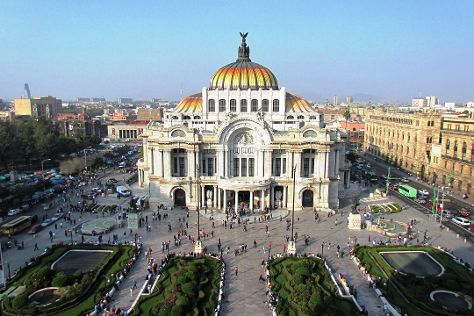 On the 1st (Wed), make a trip to Zocalo, contemplate in the serene atmosphere at Metropolitan Cathedral (Catedral Metropolitana), take an in-depth tour of Museo del Templo Mayor, then admire the masterpieces at Palacio de Bellas Artes, then get engrossed in the history at Museo Nacional de Antropologia, and finally examine the collection at Museo Frida Kahlo.

Fly from Cozumel to Mexico City in 4.5 hours. Alternatively, you can do a combination of ferry and flight; or do a combination of ferry and bus. The time zone difference moving from Eastern Standard Time (EST) to Central Standard Time (CST) is minus 1 hour. Expect a bit cooler temperatures when traveling from Cozumel in March; daily highs in Mexico City reach 75°F and lows reach 51°F. Finish up your sightseeing early on the 1st (Wed) so you can travel to Puerto Vallarta.
more less 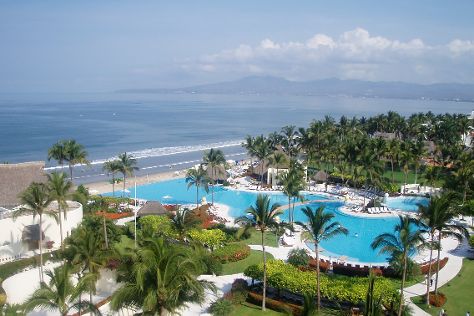 Kick off your visit on the 2nd (Thu): make a trip to Parish of Our Lady of Guadalupe, then get to know the fascinating history of Zona Romantica, then kick back and relax at Nuevo Vallarta Beach, and finally see majestic marine mammals with a dolphin and whale watching tour. Get ready for a full day of sightseeing on the 3rd (Fri): appreciate the extensive heritage of Old Vallarta and then paddle through the water with a kayaking and canoeing tour.

To find where to stay, ratings, reviews, and other tourist information, use the Puerto Vallarta day trip planner.

Kick off your visit on the 4th (Sat): enjoy the sand and surf at Chileno Beach, find your balance on the water with some of the best stand-up paddleboarding in the area, then get outside with Outdoor Activities, and finally get up close to creatures of the deep with a dolphin and whale watching tour.

To see reviews, photos, where to stay, and other tourist information, read our Cabo San Lucas day trip planner.

Traveling by flight from Puerto Vallarta to Cabo San Lucas takes 6 hours. Alternatively, you can do a combination of flight and bus; or drive. The time zone difference moving from Central Standard Time to Mountain Standard Time is minus 1 hour. In April in Cabo San Lucas, expect temperatures between 81°F during the day and 68°F at night. Finish up your sightseeing early on the 4th (Sat) so you can travel back home.
more less