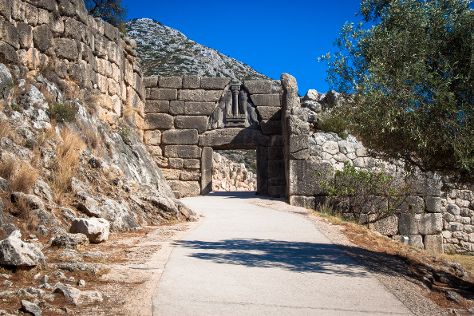 ©
Kalamata is the second most populous city of the Peloponnese peninsula, after Patras, in southern Greece and the largest city of the homonymous administrative region. Change things up with these side-trips from Kalamata: Corinth (Archaeological Museum of Corinth, Corinth Canal, &more), Nafplio (Lion of Bavaria, Nauplion Promenade, &more) and Zoodochou Pigis Church (in Kefalari). There's lots more to do: delve into the distant past at Archaeological Site Mycenae, get your game on at Great Escape Kalamata, steep yourself in history at Lion Gate, and ride a horse along Ippikos Omilos Kalamatas.

If you are flying in from United Kingdom, the closest major aiport is Kalamata Airport. April in Kalamata sees daily highs of 24°C and lows of 9°C at night. Finish up your sightseeing early on the 29th (Wed) so you can travel back home.
more less