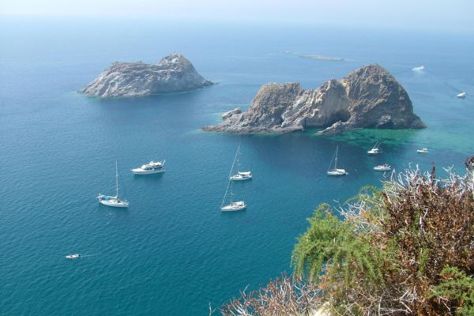 ©
Terracina is a city and comune of the province of Latina - (until 1934 of the province of Rome), Italy, 76km southeast of Rome by rail and 56km by the Via Appia by car.HistoryAncient timesTerracina appears in ancient sources with two names: the Latin Tarracina and the Volscian Anxur. Explore Terracina's surroundings by going to Monte Cassino (in Cassino), MagicLand (in Valmontone) and Il Lago di Scanno (in Scanno). Spend the 12th (Fri) exploring nature at La Camosciara. The adventure continues: explore the ancient world of Sanctuary of Giove Anxur, explore the fascinating underground world of Grotte di Falvaterra, enjoy the sand and surf at Stabilimento Balneare Amerigo, and take in the architecture and atmosphere at Cattedrale di Terracina.

If you are flying in from Romania, the closest major aiports are Leonardo da Vinci–Fiumicino Airport, Ciampino–G. B. Pastine International Airport and Naples International Airport. In July in Terracina, expect temperatures between 36°C during the day and 20°C at night. Wrap up your sightseeing on the 13th (Sat) to allow time to travel back home.
more less