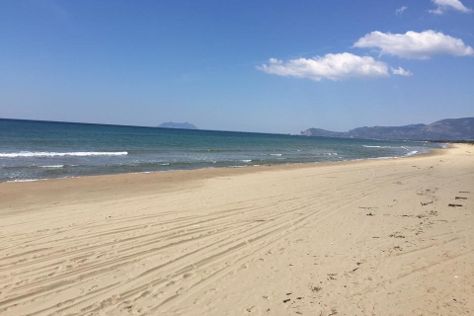 ©
Sperlonga is a coastal town in the province of Latina, Italy, about halfway between Rome and Naples.Surrounding towns include Terracina to the West, Fondi to the North, Itri to the North-East, and Gaeta to the East.HistoryLocated near the Via Appia, but also on the edge of the Pontine Marshes, Roman "Spelunca" (Latin for cave or grotto) was only known for the grotto on the coast, after which it was named. You'll enjoy a bit of beach vacationing at Lido Beluga and Spiaggia di Torre Paola. Explore the numerous day-trip ideas around Sperlonga: Biblioteca Comunale Adriano Olivetti (in Terracina), San Felice Circeo (San Felice Circeo, La Villa dei Quattro Venti, &more) and Latina (Palmarola & Chiesa Dell'immacolata). The adventure continues: explore the ancient world of Villa Di Tiberio, head outdoors with Lido Baia Azzurra, enjoy the sand and surf at Lido Valle Corsari, and stroll through Lido Riviera.

For photos, ratings, reviews, and other tourist information, use the Sperlonga online itinerary builder.

September in Sperlonga sees daily highs of 30°C and lows of 17°C at night. Finish your sightseeing early on the 9th (Mon) so you can travel back home.
more less

Things to do in Sperlonga