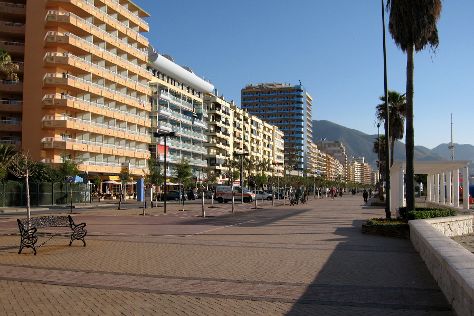 Start off your visit on the 15th (Mon): take in the architecture and atmosphere at Basilica of Santa Maria de la Victoria. Keep things going the next day: identify plant and animal life at Butterfly Park of Benalmadena, wander the streets of Los Boliches, get some thrills out on the water with a waterskiing or jet-skiing adventure, then fulfill a lifelong dream with a swim-with-the-dolphins experience, and finally contemplate the long history of Alcazaba.

To find where to stay, maps, ratings, and tourist information, refer to the Malaga online tour itinerary planner .

Brussels, Belgium to Malaga is an approximately 5.5-hour flight. You can also do a combination of train and flight; or drive. Expect a bit warmer temperatures when traveling from Brussels in July; daily highs in Malaga reach 36°C and lows reach 24°C. Cap off your sightseeing on the 17th (Wed) early enough to go by car to Granada.
more less 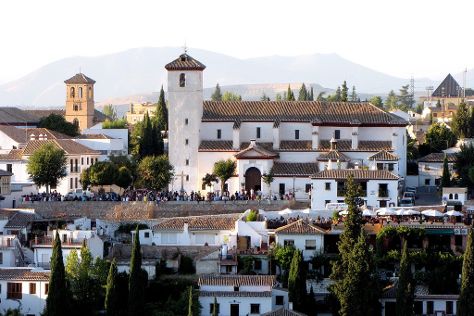 Kick off your visit on the 18th (Thu): contemplate in the serene atmosphere at Saint Jerome Monastery, appreciate the extensive heritage of Mirador de San Nicolas, then take in the spiritual surroundings of Mezquita Mayor de Granada, and finally admire the striking features of Alhambra. Here are some ideas for day two: pause for some serene contemplation at Basilica de San Juan de Dios, then contemplate the long history of La Madraza, then take in nature's colorful creations at Generalife, and finally take a stroll through Albayzin.

To see ratings, traveler tips, reviews, and other tourist information, you can read our Granada driving holiday planner.

You can drive from Malaga to Granada in 2 hours. Other options are to take a bus; or take a train. While traveling from Malaga, expect somewhat warmer days and about the same nights in Granada, ranging from highs of 40°C to lows of 22°C. Finish your sightseeing early on the 19th (Fri) to allow enough time to drive to Almeria.
more less 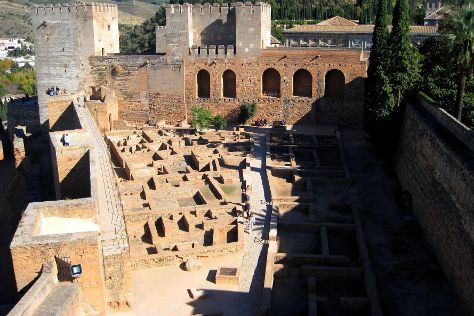 ©
Almería is a city in Andalusia, Spain, situated in the southeast of Spain on the Mediterranean Sea. Kick off your visit on the 20th (Sat): discover the deep blue sea with a scuba or snorkeling tour, visit a coastal fixture at Cabo de Gata Lighthouse, then enjoy the sand and surf at Playas de El Toyo, and finally steep yourself in history at Conjunto Monumental de La Alcazaba.

To find reviews, maps, more things to do, and other tourist information, read Almeria itinerary planner .

You can drive from Granada to Almeria in 2 hours. Other options are to take a train; or take a bus. When traveling from Granada in July, plan for slightly colder days and somewhat warmer nights in Almeria: temperatures range from 36°C by day to 26°C at night. Finish your sightseeing early on the 20th (Sat) to allow enough time to drive to Benidorm.
more less

To see where to stay, photos, ratings, and tourist information, go to the Benidorm online trip itinerary planner .

You can drive from Almeria to Benidorm in 3.5 hours. Alternatively, you can take a bus; or fly. In July in Benidorm, expect temperatures between 35°C during the day and 25°C at night. Finish your sightseeing early on the 22nd (Mon) to allow enough time to travel back home.
more less