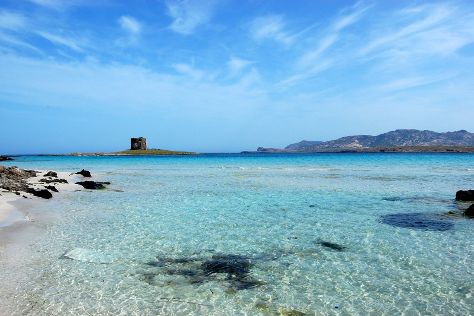 On the 26th (Thu), explore the fascinating underground world of Frecce delle Grotte di Antonio Piccinnu, thencontemplate the long history of Basilica San Gavino, and then kick back and relax at La Pelosa Beach. On the 27th (Fri), you'll have a packed day of sightseeing: tour the pleasant surroundings at Spiaggia Mugoni, thenenjoy the sand and surf at Spiaggia di Maria Pia, and then explore the ancient world of Nuraghe di Palmavera.

To find photos, other places to visit, ratings, and other tourist information, read Alghero trip planner. 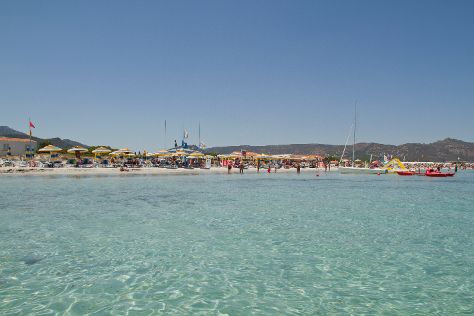 To find photos, ratings, other places to visit, and other tourist information, you can read our San Teodoro trip planner.

Drive from Alghero to San Teodoro in 2.5 hours. Alternatively, you can do a combination of train and bus; or take a bus. In September, daytime highs in San Teodoro are °C, while nighttime lows are °C. Finish your sightseeing early on the 29th (Sun) to allow enough time to drive to Cagliari.
more less

Things to do in San Teodoro 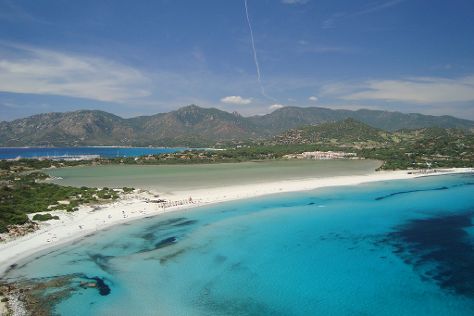 You'll get in some beach time at Poetto and Porto Giunco. Explore Cagliari's surroundings by going to Spiaggia Cala San Stefano (in Villasimius), Spiaggia di Mari Pintau (in Quartu Sant'Elena) and Spiaggia di Tuerredda (in Teulada). Next up on the itinerary: steep yourself in history at Santuario e Basilica di Bonaria and take in the architecture and atmosphere at Basilica Pontificia Minore di Sant'Elena Imperatrice.

To find reviews, where to stay, more things to do, and other tourist information, use the Cagliari trip tool.

Getting from San Teodoro to Cagliari by car takes about 3.5 hours. Other options: take a bus; or do a combination of bus and train. In September in Cagliari, expect temperatures between °C during the day and °C at night. Wrap up your sightseeing on the 2nd (Wed) early enough to travel back home.
more less