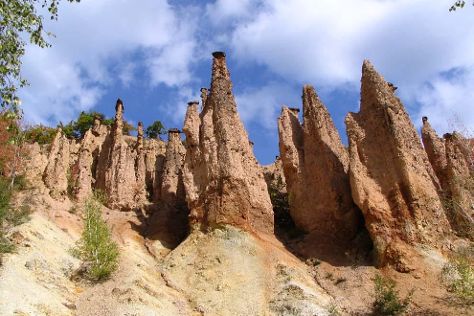 ©
Niš is the third largest city in Serbia and the administrative center of the Nišava District in southern Serbia. Explore Nis' surroundings by going to Despotovac (Miniature Park, Manasija Monastery, &more), Davolja Varos (in Prolom) and Felix Romuliana in Gamzigrad (in Zajecar). Next up on the itinerary: contemplate the long history of Nis Fortress, don't miss a visit to Most Ljubavi, explore the ancient world of Skull Tower, and take in the spiritual surroundings of Monastery of Ljubostinja.

Plan trip to Nis with our itinerary maker to find out where to go and what to do.

In March in Nis, expect temperatures between 15°C during the day and 3°C at night. Finish your sightseeing early on the 16th (Mon) to allow enough time to travel back home.
more less

Things to do in Nis