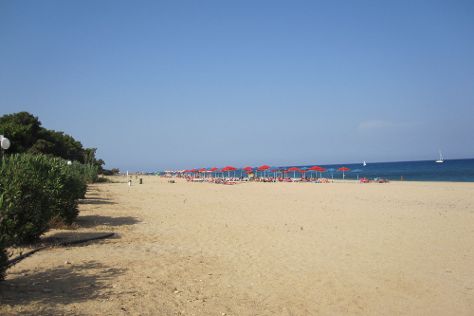 ©
Explore the numerous day-trip ideas around Katelios: Spartia Beach (in Spartia), Monastery of Agios Andreas (in Peratata) and Kanali Beach (in Lourdata).

If you are flying in from United Kingdom, the closest major aiports are Kefallinia Airport, Zakynthos International Airport "Dionysios Solomos", Araxos Airport and Aktion National Airport. Expect a daytime high around 28°C in October, and nighttime lows around 19°C. Wrap up your sightseeing by early afternoon on the 20th (Tue) to allow enough time to travel back home.
more less

Things to do in Katelios