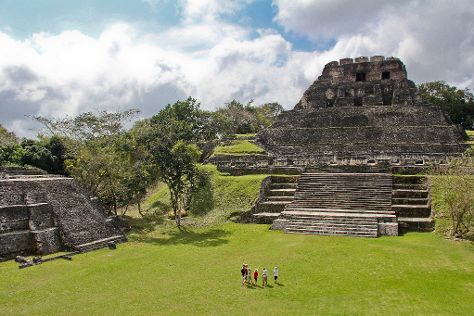 Nicknamed the "Garden City" thanks to its planned urban parklands, Belmopan serves as the capital of Belize and a launching point for tours of nearby caves and Mayan ruins.

Change things up with these side-trips from Belmopan: Rio On Pools (in Augustine), The Orange Gallery (in Unitedville) and San Ignacio (Cahal Pech Mayan Ruins & Museum, Green Iguana Conservation Project, & more). Next up on the itinerary: explore the striking landscape of Blue Hole National Park, explore the fascinating underground world of ATM Cave Belize- Actun Tunichil Muknal, explore the ancient world of Caracol, and contemplate the long history of Xunantunich Mayan Ruins.

To see maps, other places to visit, ratings, and other tourist information, refer to the Belmopan travel itinerary planner.

Toronto, Canada to Belmopan is an approximately 9.5-hour combination of flight and car. You'll gain 1 hour traveling from Toronto to Belmopan due to the time zone difference. Prepare for much hotter weather when traveling from Toronto in January: high temperatures in Belmopan hover around 32°C and lows are around 24°C. Wrap up your sightseeing by early afternoon on the 12th (Sun) to allow enough time to travel back home.
more less

Things to do in Belmopan

San Ignacio, Cayo, Rio On Pools
Highlights from your plan