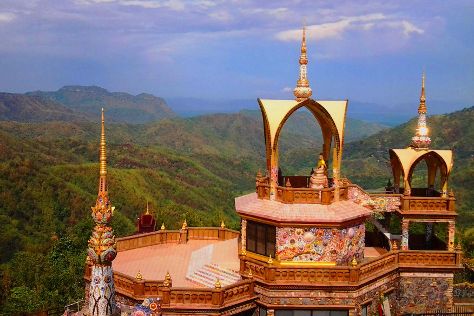 Mountain of the Ceylon Oak

Historically a battleground between the Thai communist party and Royal Army during the mid 1980s, Khao Kho has since taken on a calmer, more relaxed character.

November in Khao Kho sees daily highs of 39°C and lows of 26°C at night. Finish up your sightseeing early on the 29th (Fri) so you can travel back home.
more less

Things to do in Khao Kho