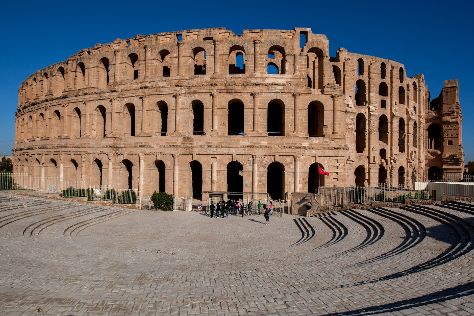 Explore Hammamet's surroundings by going to Tunis (Postal museum, Medina of Tunis, &more), Baths of Antoninus (in Carthage) and Aqua Palace (in Port El Kantaoui). There's lots more to do: don't miss a visit to Medina of Hammamet, delve into the distant past at Amphitheatre of El Jem, contemplate the long history of Kasbah of Hammamet, and stroll through Hammamet Beach.

To find traveler tips, more things to do, ratings, and more tourist information, use the Hammamet online sightseeing planner.