Kick off your visit on the 15th (Sun): admire the landmark architecture of Dolmabahce Palace, admire the striking features of Hagia Sophia Museum, and then take an in-depth tour of Topkapi Palace. On the 16th (Mon), you'll have a packed day of sightseeing: get engrossed in the history at Chora Museum, take in panoramic vistas at Galata Tower, then contemplate in the serene atmosphere at Suleymaniye Cami , then take in the spiritual surroundings of Sultan Ahmed Mosque, and finally admire the striking features of Basilica Cistern.

If you are flying in from Turkey, the closest major aiports are Istanbul Airport, Atatürk International Airport and Sabiha Gökçen International Airport. In March in Istanbul, expect temperatures between 14°C during the day and 14°C at night. Cap off your sightseeing on the 16th (Mon) early enough to travel to Rome.
more less

Kick off your visit on the 17th (Tue): explore the ancient world of Colosseum, delve into the distant past at Pantheon, and then don't miss a visit to Trevi Fountain.

For other places to visit, photos, maps, and more tourist information, read our Rome journey planner. 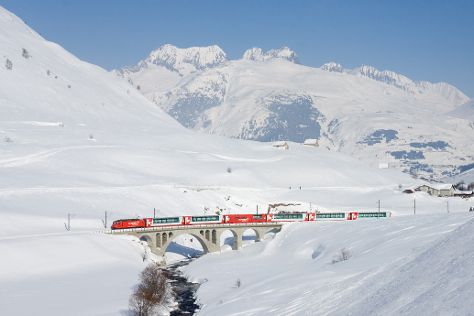 Traveling by combination of flight and train from Rome to Zermatt takes 8 hours. Alternatively, you can take a train; or drive. Finish your sightseeing early on the 18th (Wed) so you can drive to Paris.
more less

Tours
Highlights from your plan

Start off your visit on the 19th (Thu): take in the architecture and atmosphere at Basilique du Sacre-Coeur de Montmartre and then admire the masterpieces at Louvre Museum. Here are some ideas for day two: wander the streets of Île de la Cité, then contemplate the long history of Eiffel Tower, then admire the landmark architecture of Arc de Triomphe, and finally explore the world behind art at Musee d'Orsay.

To find traveler tips, more things to do, reviews, and other tourist information, read our Paris trip itinerary planner.

Getting from Zermatt to Paris by car takes about 8 hours. Other options: do a combination of train and flight; or take a train. In March in Paris, expect temperatures between 13°C during the day and 3°C at night. Wrap up your sightseeing on the 20th (Fri) early enough to travel to Barcelona.
more less

Start off your visit on the 21st (Sat): stroll around Parc Guell, admire the striking features of Basilica of the Sagrada Familia, and then shop like a local with La Boqueria.

For other places to visit, where to stay, and tourist information, read our Barcelona trip planner.

Traveling by flight from Paris to Barcelona takes 5.5 hours. Alternatively, you can take a train; or drive. In March, Barcelona is a bit warmer than Paris - with highs of 19°C and lows of 9°C. Wrap up your sightseeing on the 21st (Sat) early enough to travel back home.
more less