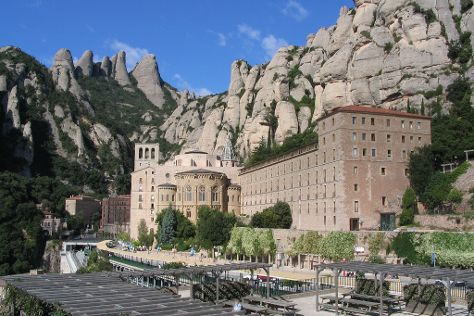 ©
Calella is a seaside city on the Costa del Maresme, 58 km northeast of Barcelona, in Catalonia, Spain. You've now added Montana de Montserrat to your itinerary. Get out of town with these interesting Calella side-trips: Blanes (Port de Blanes, Casa del Poble, &more), Santa Maria de Montserrat Abbey (in Montserrat) and Placa Major (in Vic). There's much more to do: stroll around Dalmau Park, make a splash at Marineland, look for gifts at El Celler d'en Pau, and visit a coastal fixture at The Lighthouse of Calella.

If you are flying in from United Kingdom, the closest major aiports are Barcelona International Airport, Girona Airport and Reus Air Base. September in Calella sees daily highs of °C and lows of °C at night. Wrap up your sightseeing on the 20th (Fri) early enough to travel back home.
more less

Things to do in Calella

©
The Lighthouse of Calella