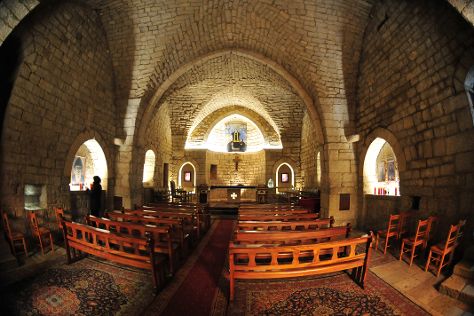 Your day by day itinerary now includes Free Walking Tours Beirut & Beyond. Get in touch with nature at Jabal Moussa Biosphere Reserve and Shouf Cedars Reserve. Get some cultural insight at Baalbek Roman Ruins and Nicolas Sursock Museum. Explore Beirut's surroundings by going to Beiteddine (Beit Eddine & Moussa Castle), Byblos (Memoire Du Temps, Saint Charbel Tomb, &more) and Aammiq wetland (in Saghbine). And it doesn't end there: delve into the distant past at Al-Omari Mosque, see the interesting displays at Banque Du Liban Museum, get a new perspective on nature at American University of Beirut Museum, and get engrossed in the history at National Museum of Beirut.

For reviews, more things to do, traveler tips, and more tourist information, you can read our Beirut trip itinerary planning site.

If you are flying in from Russia, the closest major aiport is Beirut Rafic Hariri International Airport. December in Beirut sees daily highs of 23°C and lows of 15°C at night. Cap off your sightseeing on the 27th (Fri) early enough to travel back home.
more less