To find maps, where to stay, and more tourist information, you can read our Lecce itinerary planner.

Beirut, Lebanon to Lecce is an approximately 10.5-hour flight. You can also drive. The time zone difference moving from Eastern European Standard Time to Central European Standard Time is minus 1 hour. Traveling from Beirut in August, plan for a bit cooler nights in Lecce, with lows around °C. Wrap up your sightseeing on the 6th (Thu) early enough to drive to Gallipoli.
more less

Deriving its name from the Greek for "beautiful city," Gallipoli retains the charm of an old fishing port.

Change things up with these side-trips from Gallipoli: Taranto (Castello Aragonese & Cheradi Islands), Boat Tours & Water Sports (in Porto Cesareo) and Spiaggia di Porto Pirrone (in Leporano). And it doesn't end there: see the sky in a new way at Sidereus, get outside with Spiaggia di Acquadolce Cirenaica, get great views at Punta Ristola, and don't miss a visit to Antichi Frantoi Ipogei.

To find maps, other places to visit, reviews, and tourist information, go to the Gallipoli trip itinerary builder site.

Getting from Lecce to Gallipoli by car takes about an hour. Other options: take a bus; or take a train. In August, plan for daily highs up to °C, and evening lows to °C. Cap off your sightseeing on the 12th (Wed) early enough to travel to Milan.
more less

Change things up with these side-trips from Milan: Lenno (Lido di Lenno & Oleificio Vanini Osvaldo) and Como (Life Electric, Istituto Giosue Carducci, &more). There's still lots to do: contemplate in the serene atmosphere at Duomo di Milano, explore the different monuments and memorials at Monumental Cemetery, see La Casa Maledetta, and get the lay of the land with Walking tours.

Start your trip to Milan by creating a personalized itinerary on Inspirock.

Traveling by flight from Gallipoli to Milan takes 6.5 hours. Alternatively, you can drive; or take a train. Traveling from Gallipoli in August, you will find days in Milan are slightly colder (°C), and nights are about the same (°C). Finish up your sightseeing early on the 19th (Wed) so you can go by car to Erba.
more less

Como, Lenno
Highlights from your plan

©
Erba is a comune of some 17,000 inhabitants in the Province of Como in the Italian region Lombardy. Get out of town with these interesting Erba side-trips: Cernobbio (Il Giardino della Valle, Chiesetta della Madonna delle Grazie, &more), Centro nautico lariano blevio (in Blevio) and Villa del Balbianello (in Tremezzina). And it doesn't end there: don't miss a visit to Faro voltiano, take in the architecture and atmosphere at Chiesa di Sant'Andrea Apostolo, pick up some local products at Micromercato Moltrasio, and head outdoors with Lido di Faggeto Miamilaryo.

Traveling by car from Milan to Erba takes 1.5 hours. August in Erba sees daily highs of °C and lows of °C at night. Finish your sightseeing early on the 23rd (Sun) so you can travel to Canzo.
more less

Things to do in Erba 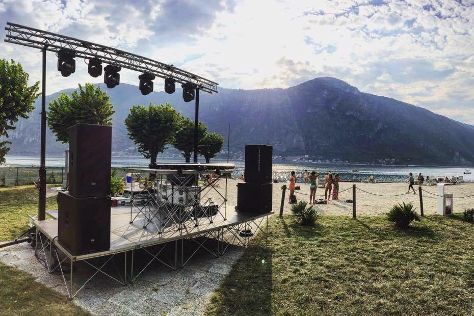 ©
Canzo is a commune of the Italian province of Como. Get out of town with these interesting Canzo side-trips: Agriturismo Alpe di Sala (in Sala Comacina), Chiesa di S. Bartolomeo (in Tremezzina) and Lido di Argegno (in Argegno). There's much more to do: tour the pleasant surroundings at Riva Bianca Beach, stop by Gelateria Dulcis in Fundo, explore the galleries of Madonna del Ghisallo, and don't miss a visit to Santuario Del Ghisallo.

To see where to stay, photos, more things to do, and more tourist information, refer to the Canzo tour builder website.

Canzo is just a short distance from Erba. In August, daily temperatures in Canzo can reach °C, while at night they dip to °C. Finish your sightseeing early on the 26th (Wed) to allow enough time to travel to Civate.
more less

Things to do in Canzo

©
Civate is a comune (municipality) in the Province of Lecco in the Italian region Lombardy, located about 45km northeast of Milan and about 4km southwest of Lecco. Explore the numerous day-trip ideas around Civate: Parco Brughiera Briantea (in Lentate sul Seveso) and Santuario della Madonna della Pace alla Rocchetta (in Airuno). Next up on the itinerary: get outside with Aero Club Monte Cornizzolo, don't miss a visit to Chiesa di San Calocero, explore the landscape on two wheels at Giro del Lago di Olginate, and examine the collection at CIVICO MUSEO DELLA SETA ABEGG.

Plan my Civate trip by asking Inpirock to come up with tips and suggestions.

Civate is just a stone's throw from Canzo. In August in Civate, expect temperatures between °C during the day and °C at night. Finish up your sightseeing early on the 30th (Sun) so you can travel to Lecco.
more less

Things to do in Civate 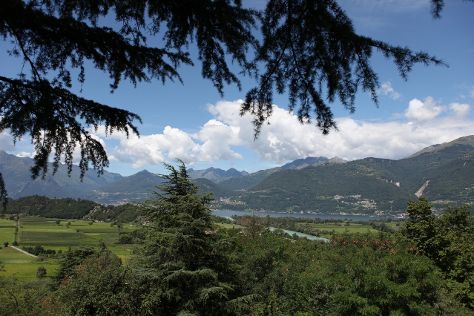 ©
Lecco is a city of 48,131 inhabitants in Lombardy, northern Italy, 50km north of Milan, the capital of the province of Lecco. You'll find plenty of places to visit near Lecco: Colico (Sentiero dei Forti & KTS40CableCrew), Spiaggia Tranquilla (in Dorio) and Chiesa di Sant'Eufemia (in Dongo). There's lots more to do: paddle through the water with a kayaking and canoeing tour, shop like a local with Paul DEMARIA - The Open Lake & Landscape Studio d’Arte, admire the sheer force of Cascata del Cenghen, and admire the natural beauty at Villa Carlotta.

To see maps, photos, where to stay, and more tourist information, go to the Lecco trip planner.

Lecco is just a short distance from Civate. August in Lecco sees daily highs of °C and lows of °C at night. Wrap up your sightseeing on the 4th (Fri) early enough to drive to Bergamo.
more less

Things to do in Lecco

City of a Thousand

In the foothills of the Alps, Bergamo is features a wealth of artistic treasures and a charming medieval atmosphere.

Change things up with these side-trips from Bergamo: Brescia (Brescia Underground & Museo di Santa Giulia), Bredasole (in Paratico) and Lago d'Iseo (in Iseo). And it doesn't end there: admire the striking features of La Citta Alta, look for all kinds of wild species at I Falconieri del Feudo, get in on the family fun at Leolandia, and pause for some serene contemplation at Chiesa di San Michele al Pozzo Bianco.

Drive from Lecco to Bergamo in an hour. Alternatively, you can take a train. In September, daily temperatures in Bergamo can reach °C, while at night they dip to °C. Finish up your sightseeing early on the 10th (Thu) so you can travel to Palermo.
more less

Things to do in Bergamo

To see more things to do, traveler tips, where to stay, and other tourist information, refer to the Palermo online travel route planner.

Getting from Bergamo to Palermo by flight takes about 5 hours. Other options: do a combination of train and ferry; or take a train. Finish your sightseeing early on the 17th (Thu) so you can drive to Syracuse.
more less 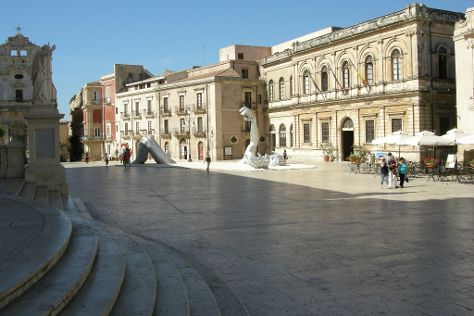 You'll find plenty of places to visit near Syracuse: Vini di Olindo Giuseppe (in Pozzallo), Scicli (Pezza Filippa, Gli Aromi Sicily, &more) and Ibla Souvenir Avola (in Avola). Next up on the itinerary: head off the coast to Ortigia, cast your line with a fishing tour, Head underground at Ear of Dionysius (Orecchio di Dionisio), and pause for some serene contemplation at Duomo di Siracusa.

You can drive from Palermo to Syracuse in 3 hours. Alternatively, you can take a bus; or take a train. Finish up your sightseeing early on the 23rd (Wed) so you can go by car to Catania.
more less 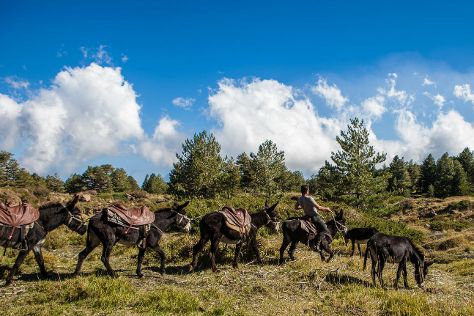 Change things up with these side-trips from Catania: Santuario Madonna della Vena (in Piedimonte Etneo), Linguaglossa (Etna Donkey Trekking & Gambino Vini) and Taormina (Isola Bella, Casa Cuseni, &more). There's still lots to do: contemplate the long history of Piazza Duomo, get a dose of the wild on a nature and wildlife tour, get interesting insight from Tours, and browse the collection at Biblioteche Riunite Civica e A. Ursino Recupero.

Getting from Syracuse to Catania by car takes about an hour. Other options: take a bus; or take a train. On the 29th (Tue), wrap the sightseeing up by early afternoon so you can travel back home.
more less