Vancouver is known for parks, nature, and zoos & aquariums. Your plan includes some of its best attractions: stroll around Stanley Park, visit Gastown, take a stroll through Granville Island, and take in the dramatic natural features at Vancouver Seawall.

For where to stay, photos, reviews, and other tourist information, you can read our Vancouver trip builder tool.

Dubai, United Arab Emirates to Vancouver is an approximately 21-hour flight. The time zone changes from Gulf Standard Time to Pacific Standard Time, which is usually a -12 hour difference. Traveling from Dubai in August, expect Vancouver to be cooler, temps between 28°C and 17°C. Finish your sightseeing early on the 17th (Mon) to allow enough time to travel to Edmonton.
more less 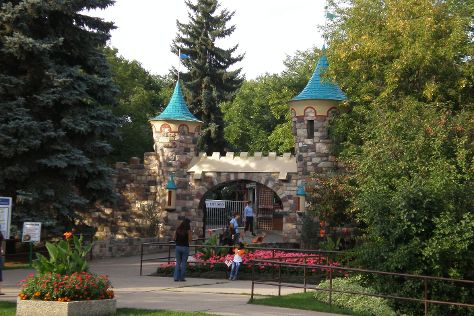 On the 18th (Tue), sample the fine beverages at Strathcona Spirits Distillery, find something for the whole family at Fort Edmonton Park, and then get to know the resident critters at Edmonton Valley Zoo.

For more things to do, where to stay, and more tourist information, go to the Edmonton tour planning tool.