©
Plan created by another user. Make it yours
Edit start date
Want to change plan duration?

©
Assos, also known as Behramkale or for short Behram, is a small historically rich town in the Ayvacık district of the Çanakkale Province, Turkey.After leaving the Platonic Academy in Athens, Aristotle (joined by Xenocrates) went to Assos, where he was welcomed by King Hermias, and opened an Academy in this city. Kick off your visit on the 8th (Sun): pause for some photo ops at Behramkale, thentour the pleasant surroundings at Sivrice Plaji, and then delve into the distant past at Athena Temple.

To see where to stay, reviews, ratings, and tourist information, go to the Assos trip planner.

Tel Aviv, Israel to Assos is an approximately 9.5-hour combination of flight and car. Traveling from Tel Aviv in September, plan for a bit cooler nights in Assos, with lows around °C. Wrap up your sightseeing by early afternoon on the 9th (Mon) to allow time for the car ride to Eceabat.
more less

Things to do in Assos

©
Eceabat, formerly Maydos ('''Çanakkale Province in the Marmara region of Turkey, located on the eastern shore of the Gelibolu Peninsula, on the Dardanelles Strait. On the 9th (Mon), explore the different monuments and memorials at 57. Piyade Alayi Sehitligi and then take in the history at Gallipoli Battlefield.

To see maps, other places to visit, photos, and more tourist information, use the Eceabat trip planning website.

Things to do in Eceabat 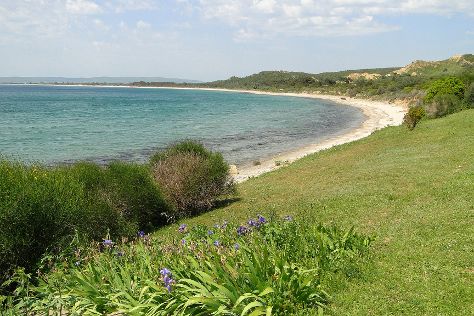 The Gallipoli peninsula is located in the southern part of East Thrace, the European part of Turkey, with the Aegean Sea to the west and the Dardanelles strait to the east.Gallipoli is the Italian form of the Greek name "Καλλίπολις" (Kallípolis), meaning "Beautiful City", the original name of the modern town of Gelibolu. Keep things going the next day: contemplate in the serene atmosphere at Gelibolu Mevlevihanesi, thentake in the history at Gallipoli National Park, thencontemplate the long history of Anzac Cove, and finally contemplate in the serene atmosphere at BayraklI Baba Turbesi.

To find more things to do, where to stay, ratings, and tourist information, go to the Gallipoli tour itinerary maker website.

You can drive from Eceabat to Gallipoli in an hour. In September, daily temperatures in Gallipoli can reach °C, while at night they dip to °C. Wrap up your sightseeing by early afternoon on the 11th (Wed) to allow time for the car ride to Tekirdag.
more less

©
Tekirdağ, is a city in Turkey. On the 11th (Wed), do a tasting at Barbare Vineyards and then contemplate in the serene atmosphere at Rustem Pasha Mosque.

For other places to visit, where to stay, maps, and more tourist information, use the Tekirdag route planner.

You can drive from Gallipoli to Tekirdag in 2 hours. September in Tekirdag sees daily highs of °C and lows of °C at night. Finish your sightseeing early on the 11th (Wed) to allow enough time to travel to Edirne.
more less

Things to do in Tekirdag

©
Edirne is a city in the northwestern Turkish province of Edirne in the region of East Thrace, close to Turkey's borders with Greece and Bulgaria. Kick off your visit on the 12th (Thu): examine the collection at Beyazid II Kulliyesi Health Museum, stop by Karaagac, take in the views from Meric River Bridge, thenadmire the striking features of Uc Serefeli Camii, thencontemplate in the serene atmosphere at Selimiye Mosque, and finally take in the spiritual surroundings of Eski Cami.

Getting from Tekirdag to Edirne by car takes about 2 hours. Finish your sightseeing early on the 12th (Thu) so you can travel back home.
more less