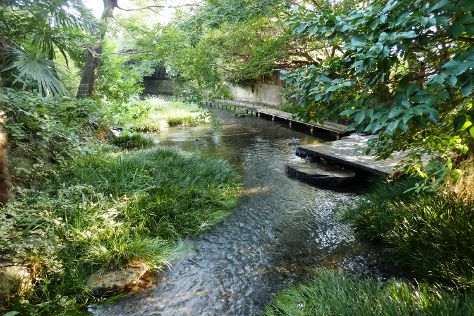 ©
Mishima is a city located in eastern Shizuoka Prefecture, Japan.The city, which covers an area of 62.02sqkm, had an estimated population in December 2016 of 109,872, giving a population density of 1,772 persons per km2.GeographyMishima is located in far eastern Shizuoka Prefecture, at the northern end of Izu Peninsula and in the foothills of Mount Fuji.Surrounding municipalitiesShizuoka PrefectureNumazuSusonoKannamiShimizuNagaizumiHakoneClimateMishima has a humid continental climate (Köppen climate classification Cfa) with hot summers and cool winters. Kick off your visit on the 9th (Sun): delve into the distant past at Yamanaka Castle Ruins, take in the pleasant sights at Mishima Skywalk, then stroll around Kakitagawa Park, and finally make a trip to Gempeigawa River.

Shizuoka to Mishima is an approximately 1.5-hour car ride. When traveling from Shizuoka in August, plan for little chillier days in Mishima, with highs around 29°C, while nights are about the same with lows around 26°C. Finish your sightseeing early on the 10th (Mon) so you can travel to Yamanashi.
more less

Things to do in Mishima

Kakitagawa Park
Highlights from your plan 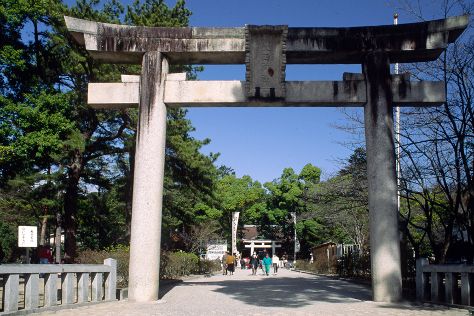 To find photos, more things to do, traveler tips, and tourist information, use the Yamanashi journey builder.

You can drive from Mishima to Yamanashi in 2 hours. August in Yamanashi sees daily highs of 29°C and lows of 26°C at night. Finish your sightseeing early on the 11th (Tue) to allow enough time to travel to Fujiyoshida.
more less

Things to do in Yamanashi 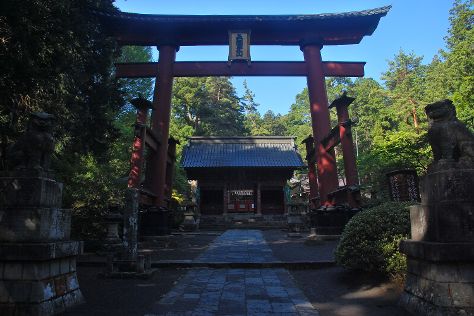 A gateway to the volcano, Fujiyoshida sits in the shadow of a giant, and everything across the city seemingly points toward the iconic symbol of national pride, Mount Fuji.

On the 11th (Tue), take in the spiritual surroundings of Kitaguchi Hongu Fuji Sengen Jinja Shrine.

Drive from Yamanashi to Fujiyoshida in an hour. Expect a daytime high around 29°C in August, and nighttime lows around 26°C. You will have some time to spend on the 11th (Tue) before leaving for Gotemba.
more less

Things to do in Fujiyoshida

Trips to Gotemba, a city at the foot of Mount Fuji, offer plenty of opportunities to admire Japan's most famous natural feature.

On the 11th (Tue), take in nature's colorful creations at Gotemba Kogen Toki no Sumika, then walk around Chichibunomiya Memorial Park, then get some fabulous bargains at Gotemba Premium Outlets, and finally bet on your favorite at Fuji Speed Way.

Gotemba is just a stone's throw from Fujiyoshida. In August, daytime highs in Gotemba are 29°C, while nighttime lows are 26°C. Finish your sightseeing early on the 11th (Tue) so you can drive to Atami.
more less

Things to do in Gotemba 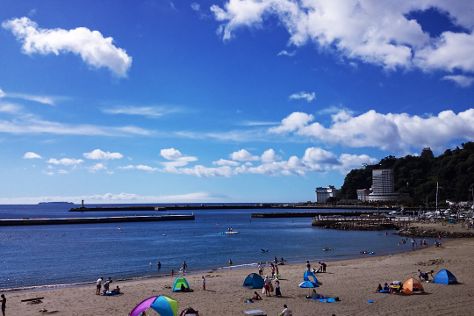 With Atami's relative proximity to the nation's capital, this beach resort town draws its fair share of visitors--though holidays in Atami are not just a matter of convenience.

Start off your visit on the 12th (Wed): kick back and relax at Atami Sun Beach.

To find more things to do, maps, where to stay, and other tourist information, read Atami vacation planner.

Traveling by car from Gotemba to Atami takes an hour. Alternatively, you can take a train; or do a combination of bus and train. In August in Atami, expect temperatures between 29°C during the day and 26°C at night. You'll have a few hours on the 12th (Wed) to wrap things up before traveling to Izu.
more less

Things to do in Atami 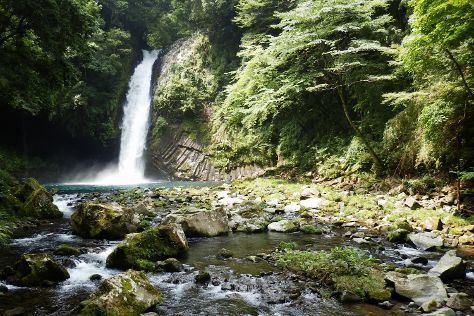 Izu sits in the center of the mountainous Izu Peninsula.

Start off your visit on the 12th (Wed): steep yourself in history at Shuzen-ji Temple, then take in the pleasant sights at Chikurinnokomichi, then admire the sheer force of Joren Waterfall, and finally sample the tasty concoctions at Baird Brewery Gardens Shusenji.

To see other places to visit, photos, more things to do, and other tourist information, use the Izu road trip planning app.

Izu is just a short distance from Atami. Expect a bit warmer temperatures when traveling from Atami in August; daily highs in Izu reach 34°C and lows reach 30°C. Cap off your sightseeing on the 13th (Thu) early enough to go by car to Numazu.
more less

Things to do in Izu 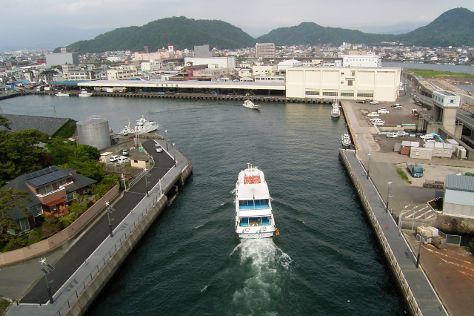 Numazu tourism focuses primarily on what lies just outside of the town, with the urban area providing a base for wider regional, natural explorations.

Start off your visit on the 13th (Thu): meet the residents at Izu Mito Sea Paradise, make a trip to Osezaki, stroll around Minatoguchi Park, then take in the waterfront activity at Numazu Port, then make a trip to Numazu Flood Gate Observation Deck View-O, and finally observe the fascinating underwater world at Numazu Deep Sea Aquarium. Get ready for a full day of sightseeing on the 14th (Fri): look for all kinds of wild species at Wildlife Areas.

To see reviews, ratings, where to stay, and other tourist information, you can read our Numazu trip itinerary maker.

Numazu is just a stone's throw from Izu. In August in Numazu, expect temperatures between 34°C during the day and 30°C at night. Cap off your sightseeing on the 14th (Fri) early enough to catch the train back home.
more less

Things to do in Numazu