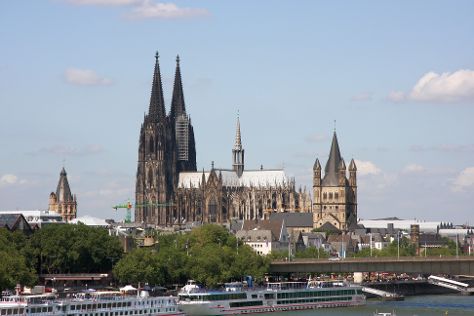 Venture out of the city with trips to Frankfurt (Main Tower, Romer, & more), Mainz Cathedral (in Mainz) and Sportpark Duisburg (in Duisburg). Next up on the itinerary: admire the striking features of Cologne Cathedral, get to know the fascinating history of Rheinuferpromenade, test your problem-solving skills at popular escape rooms, and explore the world behind art at Wallraf-Richartz Museum.

Plan my trip to Cologne with suggested itineraries provided by Inspirock.

Expect a daytime high around 6°C in January, and nighttime lows around 0°C. Finish your sightseeing early on the 20th (Mon) to allow enough time to travel back home.
more less

Things to do in Cologne