Visiting Lac Pavin and Puy du Sancy will get you outdoors. Do some cultural sightseeing at Chateau de Tournoel and Basilica of Notre-Dame du Port. Venture out of the city with trips to Le Mont-Dore (Cascade du Queureuilh et du Rossignolet & Telepherique du Sancy), Eglise Saint-Ferreol (in Murol) and L'Abbatiale Saint-Austremoine (in City of Issoire). And it doesn't end there: take in the architecture and atmosphere at Eglise de Saint-Nectaire, stroll through Le Puy du Pariou, and explore the wealth of natural beauty at Chateau de Parentignat.

Lyon to Clermont-Ferrand is an approximately 2-hour car ride. You can also take a bus; or take a train. In August, daytime highs in Clermont-Ferrand are °C, while nighttime lows are °C. Finish your sightseeing early on the 5th (Wed) so you can drive to Royan.
more less

©
Royan is a commune in the Charente-Maritime department and the Nouvelle-Aquitaine region, along the Atlantic Ocean, in southwestern France.A seaside resort, Royan is in the heart of an urban area estimated at 38,638 inhabitants, which makes it the fourth-largest conurbation in the department, after La Rochelle, Saintes and Rochefort. On the 6th (Thu), explore the striking landscape at Grottes de Matata, look for all kinds of wild species at Grottes du Regulus et des Fontaines, pause for some serene contemplation at Eglise Sainte-Radegonde de Talmont, thenenjoy the sand and surf at La Grande Cote, and finally take in the dramatic natural features at Le Pont du Diable.

Getting from Clermont-Ferrand to Royan by car takes about 5 hours. Other options: fly; or take a train. August in Royan sees daily highs of °C and lows of °C at night. Wrap up your sightseeing on the 6th (Thu) early enough to drive to La Rochelle.
more less

Things to do in Royan 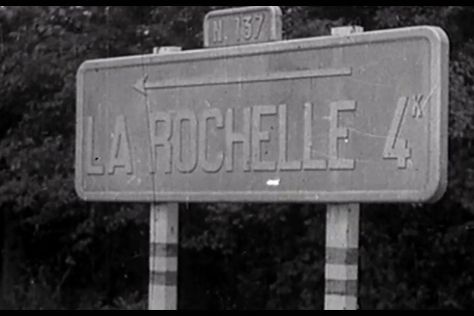 Driving on the narrow streets can be difficult in La Rochelle so walking or biking will give you the best view of the pale stone buildings that give the Vieux Port, or old port, a distinctly Mediterranean quality.

Drive from Royan to La Rochelle in 1.5 hours. Alternatively, you can take a bus; or take a train. August in La Rochelle sees daily highs of °C and lows of °C at night. Finish your sightseeing early on the 7th (Fri) so you can drive to Saint Martin de Re.
more less

Things to do in La Rochelle

Fort Vauban
Highlights from your plan 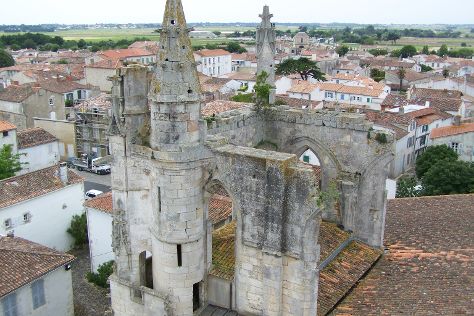 ©
Saint-Martin-de-Ré is a commune in the western French department of Charente-Maritime.It is one of the ten communes located on the Île de Ré.HistoryFortificationsSaint-Martin-de-Ré has extensive fortifications, reflecting the strategic importance of the Île de Ré. On the 8th (Sat), pause for some serene contemplation at Clocher Observatoire, explore the galleries of Abbaye des Chateliers, thenpause for some serene contemplation at Eglise Sainte-Catherine de La Flotte, thenvisit a coastal fixture at Phare des Baleines, and finally stroll through Plage de la Conche des Baleines.

To see photos, maps, more things to do, and tourist information, read our Saint Martin de Re trip itinerary planner.

Saint Martin de Re is very close to La Rochelle. In August, daytime highs in Saint Martin de Re are °C, while nighttime lows are °C. Cap off your sightseeing on the 8th (Sat) early enough to travel back home.
more less

Things to do in Saint Martin de Re