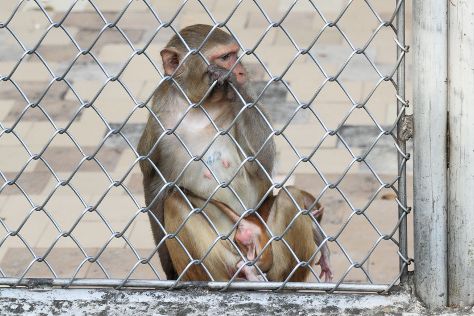 The capital of autonomous region Abkhazia, Sukhumi claims to be one of the oldest cities in the world. Ancient settlements from the Copper, Bronze, and Iron Ages stand around the city, as do burial grounds adorned with bronze axes, arrowheads, bracelets, and ceramics.

Kick off your visit on the 21st (Tue): delve into the distant past at Dioskuria Fortress, kick back and relax at Mokko Beach, and then identify plant and animal life at Sukhumi Monkey Nursery. On the 22nd (Wed), you'll have a packed day of sightseeing: explore the ancient world of Ruins of Sukhumi Fortress Dioskuriya, then learn more about the world around you at Abkhazia State Museum, then delve into the distant past at Bagrat's Castle, and finally pick up some local products at Central Market.

To find more things to do, ratings, and other tourist information, use the Sukhumi trip itinerary maker.

Cairo, Egypt to Sukhumi is an approximately 36-hour car ride. The time zone changes from Eastern European Standard Time (EET) to Moscow Standard Time (MSK), which is usually a 1 hour difference. Finish your sightseeing early on the 23rd (Thu) so you can drive to Gagra.
more less

Things to do in Sukhumi

Once popular as a health resort during Imperial Russian and Soviet times, Gagra today attracts a small contingent of international visitors seeking ideal summer weather and its seaside promenade, which hugs the coastline of the Black Sea.

For maps, reviews, where to stay, and more tourist information, you can read our Gagra trip maker.

You can drive from Sukhumi to Gagra in 1.5 hours. In July, plan for daily highs up to 33°C, and evening lows to 23°C. Finish up your sightseeing early on the 23rd (Thu) so you can go by car to Sukhumi.
more less

Things to do in Gagra

To see where to stay, maps, and more tourist information, go to the Sukhumi trip planner.

Drive from Gagra to Sukhumi in 1.5 hours. You'll set off for New Athos on the 24th (Fri).
more less

Things to do in Sukhumi 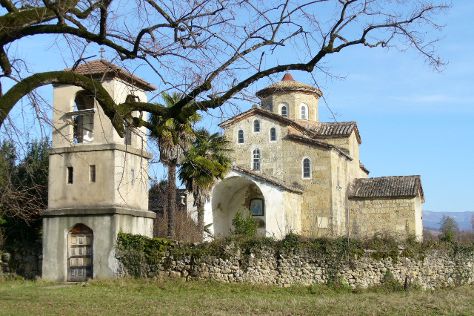 ©
New Athos or Akhali Atoni is a town in the Gudauta raion of Abkhazia, situated some 22km from Sukhumi by the shores of the Black Sea. Kick off your visit on the 24th (Fri): explore the ancient world of Dormition of the Mother of God Church, take in the natural beauty of Hot Springs, and then pause for some serene contemplation at Saint Simon the Canaanite Church.

To find maps, where to stay, more things to do, and other tourist information, go to the New Athos planner.

Traveling by car from Sukhumi to New Athos takes an hour. In July, daytime highs in New Athos are 33°C, while nighttime lows are 23°C. Finish your sightseeing early on the 24th (Fri) so you can travel back home.
more less

Things to do in New Athos

Gudaut'a
Highlights from your plan

©
Dormition of the Mother of God Church