Venture out of the city with trips to Basilica of St. Anthony (in Padua), Florence (Cappelle Medicee, Campanile di Giotto, &more) and Leaning Tower of Pisa (in Pisa). There's still lots to do: pick up some new knowledge with Academya Lingue, get engrossed in the history at Museo Civico Medievale, admire the striking features of Palazzo Comunale, and pause for some serene contemplation at Chiesa di San Giacomo Maggiore.

Florianopolis, Brazil to Bologna is an approximately 19.5- hour flight. You can also do a combination of flight and train; or do a combination of flight, bus, and train. The time zone changes from Brasilia Standard Time (BRT) to Central European Standard Time (CET), which is usually a 4 hour difference. Traveling from Florianopolis in March, things will get cooler in Bologna: highs are around 17°C and lows about 5°C. Wrap up your sightseeing on the 29th (Sun) to allow time to drive to Grazzano Visconti.
more less

To find reviews, other places to visit, and tourist information, go to the Grazzano Visconti online driving holiday planner.

Getting from Bologna to Grazzano Visconti by car takes about 2 hours. Other options: do a combination of train and bus; or take a bus. March in Grazzano Visconti sees daily highs of 15°C and lows of 3°C at night. You'll set off for Parma on the 7th (Tue).
more less

Things to do in Grazzano Visconti 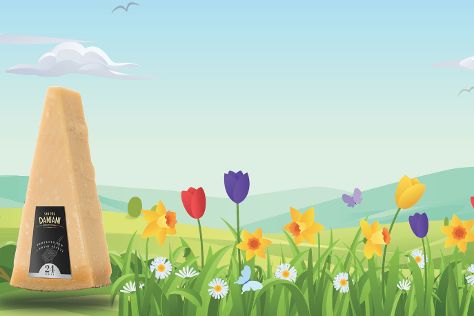 Parma is famous for its prosciutto, cheese, and architecture.

Venture out of the city with trips to Chiesa di Santa Maria Nascente (in Brescello), Grotte di Catullo (in Sirmione) and Lago di Garda (in Garda). And it doesn't end there: experience rural life at Caseificio San Pier Damiani, take in the spiritual surroundings of Cattedrale di Parma, pause for some photo ops at Panchina Giuseppe Verdi, and indulge in some culinary diversions at a local gastronomic tour.

To see traveler tips, where to stay, maps, and more tourist information, go to the Parma online trip maker.

You can drive from Grazzano Visconti to Parma in 1.5 hours. Alternatively, you can do a combination of bus and train; or take a bus. Expect a daytime high around 22°C in April, and nighttime lows around 9°C. Finish your sightseeing early on the 18th (Sat) to allow enough time to drive to Ravenna.
more less

Things to do in Parma

Famous for its wealth of original mosaics, Ravenna is a hub of artistic and cultural heritage.

To see traveler tips, where to stay, more things to do, and tourist information, refer to the Ravenna online trip planner.

Getting from Parma to Ravenna by car takes about 2 hours. Other options: take a train. In April in Ravenna, expect temperatures between 21°C during the day and 9°C at night. Finish your sightseeing early on the 30th (Thu) so you can drive to Cattolica.
more less

Things to do in Ravenna

You can drive from Ravenna to Cattolica in 1.5 hours. Alternatively, you can take a train; or take a bus. In April in Cattolica, expect temperatures between 19°C during the day and 10°C at night. Wrap up your sightseeing on the 11th (Mon) to allow time to drive back home.
more less

Things to do in Cattolica