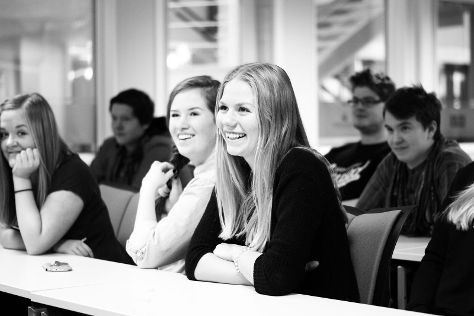 ©
Örnsköldsvik is a locality and the seat of Örnsköldsvik Municipality in Västernorrland County, Sweden, with 28,991 inhabitants in 2010.Its natural harbour and archipelago is in the Gulf of Bothnia and the northern boundaries of the High Coast area. You've now added Hoga Kusten to your itinerary.

To find other places to visit, more things to do, and more tourist information, read our Ornskoldsvik day trip planner.

Stockholm to Ornskoldsvik is an approximately 4-hour flight. You can also drive. Expect a daytime high around °C in July, and nighttime lows around °C. On the 16th (Thu), you'll have the morning to explore before heading off to Are.
more less

Things to do in Ornskoldsvik

Docksta
Highlights from your plan

Åre is a locality and one of the leading Scandinavian ski resorts situated in Åre Municipality, Jämtland County, Sweden with 1,417 inhabitants in 2010. Your day-by-day itinerary now includes Tannforsen. On the 16th (Thu), admire the sheer force of Tannforsen.

To find photos, traveler tips, and tourist information, go to the Are journey planner.

Traveling by car from Ornskoldsvik to Are takes 4.5 hours. On the 17th (Fri), you'll have the morning to explore before heading off to Sarna.
more less

Things to do in Are

Särna is a locality situated in Älvdalen Municipality, Dalarna County, Sweden with 719 inhabitants in 2010.HistoryThe two parishes Särna and Idre were originally part of Norway but were occupied by an expedition of Swedish peasants from Älvdalen in 1644. For other places to visit, photos, where to stay, and tourist information, refer to the Sarna trip planner.

Traveling by car from Are to Sarna takes 4.5 hours. Wrap up your sightseeing by early afternoon on the 18th (Sat) to allow enough time to travel to Rattvik.
more less

Rättvik is a locality and the seat of Rättvik Municipality, Dalarna County, Sweden, with 4,686 inhabitants in 2010. On the 18th (Sat), steep yourself in history at Rattviks kyrka and then make a trip to Langbryggan.

For reviews, other places to visit, where to stay, and more tourist information, use the Rattvik trip itinerary builder website.

Getting from Sarna to Rattvik by car takes about 2.5 hours. In July, plan for daily highs up to °C, and evening lows to °C. Finish your sightseeing early on the 18th (Sat) to allow enough time to drive back home.
more less

Things to do in Rattvik