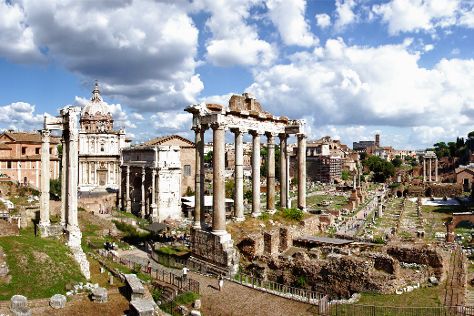 Do some cultural sightseeing at Colosseum and St. Peter's Basilica. You'll explore the less-touristy side of things at Centro Storico Associazione Centro Storico and Welcome to Rome. Venture out of the city with trips to Stabilimento Balneare A.S. Liberta (in Terracina), Bounty Beach Sabaudia (in Sabaudia) and Museo Storico Piana delle Orme (in Borgo Faiti). There's much more to do: delve into the distant past at Palatine Hill, take in the spiritual surroundings of Basilica Papale San Paolo fuori le Mura, get a taste of the local shopping with Via Condotti, and don't miss a visit to Cupola di San Pietro.

If you are flying in from United Kingdom, the closest major aiports are Leonardo da Vinci–Fiumicino Airport and Ciampino–G. B. Pastine International Airport. In February, plan for daily highs up to 16°C, and evening lows to 5°C. Finish up your sightseeing early on the 20th (Thu) so you can travel back home.
more less