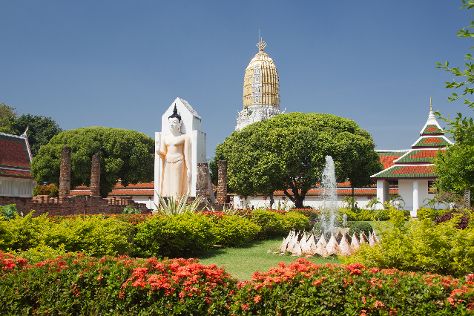 Phitsanulok is rarely seen as a vacation highlight, but rather a stop on the way to popular attractions in the north.

For where to stay, traveler tips, reviews, and other tourist information, read our Phitsanulok trip planner.

Bangkok to Phitsanulok is an approximately 5- hour car ride. You can also fly. Traveling from Bangkok in January, expect slightly colder with lows of 21°C in Phitsanulok. Wrap up your sightseeing by early afternoon on the 30th (Thu) to allow time for travel back home.
more less

Things to do in Phitsanulok