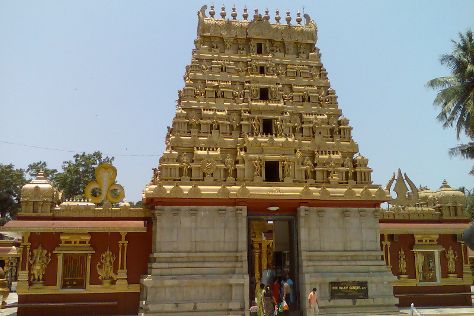 A gateway to the coastal region, Mangalore has long served as a stop-off point on maritime trade routes, and remains a major port city today.

Venture out of the city with trips to Malpe Beach (in Malpe), Venugopal Temple (in Manipal) and Udupi (Sri Krishna Temple, Kapu Beach, & more). There's still lots to do: contemplate in the serene atmosphere at Kudroli Gokarnath Temple, identify plant and animal life at Kottancheri Hills, enjoy the sand and surf at Tannirbhavi Beach, and pause for some serene contemplation at St. Aloysius Chapel.

To find reviews, more things to do, where to stay, and tourist information, read our Mangalore trip planner .

In April in Mangalore, expect temperatures between 39°C during the day and 29°C at night. Cap off your sightseeing on the 12th (Fri) early enough to travel back home.
more less

Things to do in Mangalore