©
Maasmechelen is a municipality located on the Meuse river in the Belgian province of Limburg.It comprises the former municipalities of Mechelen-aan-de-Maas, Vucht, Leut, Meeswijk, Uikhoven, Eisden, Opgrimbie, Boorsem, and Kotem.As a result of both Maasmechelen’s location near the border and its coalmining history quite a few of its current inhabitants are from Dutch, German, Eastern European (e.g., Polish) or Mediterranean (mainly Italian) origin.HistoryPrehistoric and Roman timesThe plateau of Campine was built up during the ice age with deposits of sand and other material that the Meuse river had eroded in the upstream Ardennes region. Get outdoors at Mechelse Heide and Hoge Kempen National Park. Go for a jaunt from Maasmechelen to Sint-Martens-Voeren to see Bronnenwandeling about 34 minutes away. There's much more to do: hike along Lieteberg, take in the architecture and atmosphere at Museumkerk, admire the landmark architecture of St. Barbara Church Cit, and cool off at De Wouterbron.

Brussels to Maasmechelen is an approximately 1.5-hour car ride. You can also take a bus; or do a combination of train and bus. In August, daily temperatures in Maasmechelen can reach 28°C, while at night they dip to 14°C. Finish up your sightseeing early on the 20th (Tue) so you can travel to Sint-Truiden.
more less 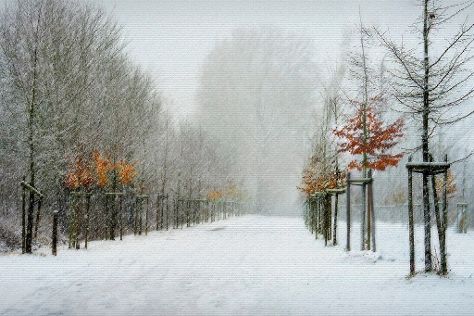 ©
Sint-Truiden is a city and municipality located in the province of Limburg, Flemish Region, Belgium, near the towns of Hasselt and Tongeren. On the 21st (Wed), hunt for treasures at Antiek- en Brocantemarkt and then look for all kinds of wild species at De Kevie. Here are some ideas for day two: don't miss a visit to Sint-Genovevakerk, then take in the architecture and atmosphere at Reading Between the Lines Church, then pause for some serene contemplation at Basilica Tongeren, and finally get outside with Platwijers.

Getting from Maasmechelen to Sint-Truiden by car takes about an hour. August in Sint-Truiden sees daily highs of 28°C and lows of 14°C at night. Wrap up your sightseeing on the 22nd (Thu) early enough to drive back home.
more less

Things to do in Sint-Truiden

Tongeren, Reading Between the Lines Church, Platwijers, Sint-Genovevakerk
Highlights from your plan

©
Reading Between the Lines Church