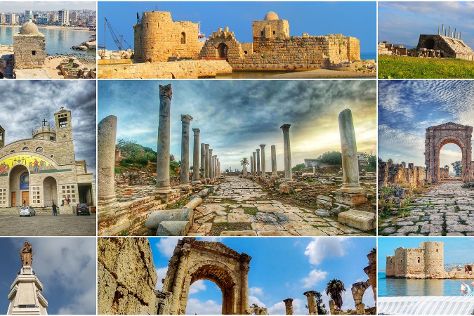 Your day-by-day itinerary now includes Zingy Ride. Get in touch with nature at Pigeon Rocks in Raouche and Jabal Moussa Biosphere Reserve. Your cultural itinerary includes sights like Temples of Baalbek and Atelier Assaf. Change things up with a short trip to Hall of Fame in Qornet El Hamra (about 32 minutes away). There's still lots to do: take an in-depth tour of National Museum of Beirut, contemplate in the serene atmosphere at Greek Orthodox Cathedral of Saint George, take a stroll through Beirut Souks, and make a trip to Corniche Beirut.

To find photos, where to stay, reviews, and tourist information, read our Beirut online tour builder.

Dubai, United Arab Emirates to Beirut is an approximately 6.5-hour flight. The time zone difference moving from Gulf Standard Time to Eastern European Standard Time is minus 2 hours. Expect slightly colder temperatures when traveling from Dubai in January; daily highs in Beirut reach 21°C and lows reach 13°C. Wrap up your sightseeing by early afternoon on the 19th (Sun) to allow enough time to travel back home.
more less