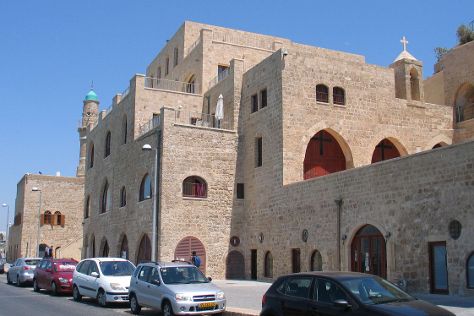 You'll get in some beach time at Tayelet and Acadia Beach. Take a break from the city and head to Avdat National Park and Mount Tabor. You'll find plenty of places to visit near Jerusalem: Beit Hankin (in Kfar Yehoshua), Jaffa (Jaffa Old City & Nalagaat Center) and Under 1000 Art Gallery (in Tel Aviv). The adventure continues: take an in-depth tour of Yad Vashem - The World Holocaust Remembrance Center, steep yourself in history at Western Wall, take in the spiritual surroundings of The Jerusalem Archaeological Park, and stop by Ophir Jewelry.

For where to stay, more things to do, ratings, and other tourist information, read our Jerusalem trip itinerary app .

If you are flying in from Thailand, the closest major airport is Ben Gurion International Airport. In August in Jerusalem, expect temperatures between 38°C during the day and 28°C at night. Cap off your sightseeing on the 20th (Tue) early enough to travel back home.
more less