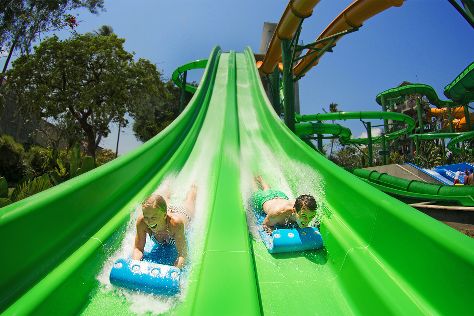 A trip to Denpasar takes visitors to the capital of Bali and the gateway to the island.

Kick off your visit on the 11th (Mon): explore the galleries of Nacivet Art Gallery and then make a splash at Waterbom Bali. On the next day, look for all kinds of wild species at Sacred Monkey Forest Sanctuary, then make a trip to Tanah Lot Temple, and then relax and rejuvenate at some of the best spas.

To see photos, maps, where to stay, and more tourist information, refer to the Denpasar road trip planning app .

Things to do in Denpasar

Kick off your visit on the 13th (Wed): delve into the distant past at York City Walls, contemplate in the serene atmosphere at York City Church, then admire the landmark architecture of York Minster, then wander the streets of York Shambles, and finally examine the collection at National Railway Museum.

To find traveler tips, photos, and other tourist information, you can read our York tour planning site .