On the 19th (Thu), take some stellar pictures from Cathedrale de St-Pierre and then explore the activities along Lake Geneva.

For traveler tips, reviews, and other tourist information, go to the Geneva tour itinerary planner.

If you are flying in from United States, the closest major aiports are Geneva Cointrin International Airport, Bern Belp Airport and Basel Mulhouse Freiburg. In September, plan for daily highs up to 70°F, and evening lows to 52°F. On the 20th (Fri), wrap the sightseeing up by early afternoon so you can take a train to Lausanne.
more less 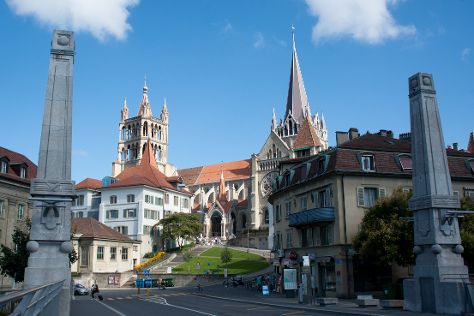 Getting from Geneva to Lausanne by train takes about an hour. Other options: drive; or take a bus. You will leave for home on the 23rd (Mon).
more less