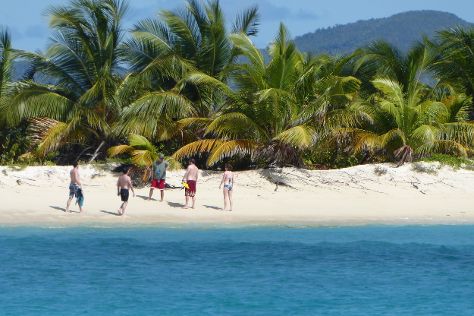 Known for the unspoiled coral reefs that lie around it, diving plays a large part in any Carriacou Island vacation.

Carriacou Island is known for wildlife, nature, and beaches. Your plan includes some of its best attractions: contemplate the waterfront views at Sandy Island, enjoy the sand and surf at Paradise Beach, take an in-depth tour of Carriacou Museum, and stroll through Anse La Roche Beach.

For traveler tips, ratings, more things to do, and other tourist information, read our Carriacou Island trip itinerary builder tool .

If you are flying in from United States, the closest major aiport is Point Salines International Airport. In March, plan for daily highs up to 85°F, and evening lows to 75°F. On the 21st (Sat), you're off to home.
more less

Things to do in Carriacou Island