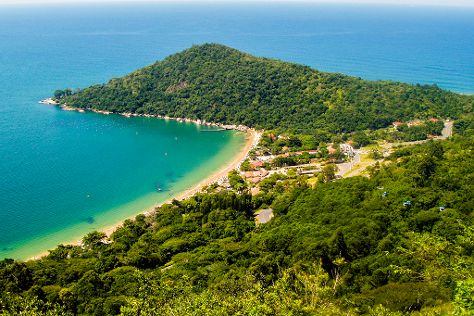 Relax by the water at Praia das Laranjeiras and Praia de Mariscal. Venture out of the city with trips to Bombinhas (Sepultura Beach, Da Lagoa, &more) and Praia de Bombas (in Bombas). Next up on the itinerary: tour the pleasant surroundings at Central Beach, pause for some photo ops at Molhe - Barra Sul, enjoy the sand and surf at Itapema Beach, and take in the spiritual surroundings of Igreja de Santa Ines.

If you are flying in from Canada, the closest major aiports are Hercílio Luz International Airport and Afonso Pena Airport. Expect a daytime high around 34°C in February, and nighttime lows around 27°C. Wrap up your sightseeing on the 16th (Sat) early enough to travel back home.
more less

Things to do in Balneario Camboriu