Visiting Mount Floyen and the Funicular and Helleneset will get you outdoors. Next up on the itinerary: take in the waterfront at Bryggen, go for a walk through Stoltzekleiven, take in the awesome beauty at Ulriken, and hike along Vidden Trail between Mt. Floyen and Mt. Ulriken.

For maps, more things to do, photos, and tourist information, read our Bergen tour planner.

Curitiba, Brazil to Bergen is an approximately 22.5- hour flight. You can also do a combination of bus and flight; or do a combination of flight and bus. The time zone changes from Brasilia Standard Time to Central European Standard Time, which is usually a 4 hour difference. Expect much colder temperatures when traveling from Curitiba in December; daily highs in Bergen reach 7°C and lows reach 1°C. Cap off your sightseeing on the 27th (Thu) early enough to travel to Geiranger.
more less

©
Mount Floyen and the Funicular 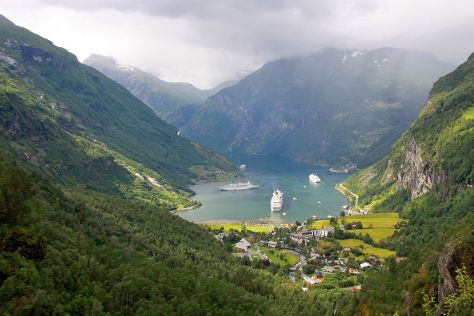 Pearl of the North

Surrounded by pristine nature, the scenic village of Geiranger serves as a gateway to some of Norway's most famous landscapes.

Step out of the city life by going to Geiranger Fjord and Storseterfossen. Take a break from Geiranger with a short trip to Stryn Sommerski in Stryn, about 1h 10 min away. There's still lots to do: trek along Korsmyra - Hiking Track, see the interesting displays at Norwegian Fjord Centre, get outside with Active Geiranger, and pause for some serene contemplation at Geiranger Church.

For maps, more things to do, photos, and tourist information, go to the Geiranger trip itinerary planning site.

Things to do in Geiranger

Stryn Sommerski
Highlights from your plan

Get outdoors at Nature & Wildlife Tours and Base Tromso. And it doesn't end there: contemplate in the serene atmosphere at The Arctic Cathedral, examine the collection at The Polar Museum, get up close and personal with brilliant marine life at Polaria, and take in the architecture and atmosphere at Tromso Domkirke.

To find where to stay, maps, traveler tips, and tourist information, go to the Tromso day trip planner.

The Arctic Cathedral
Highlights from your plan
©
Nature & Wildlife Tours 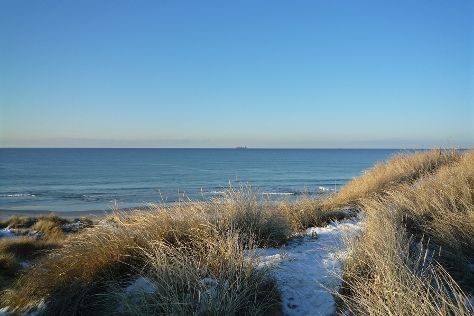 ©
Step out of the city life by going to Orre Beach and Sola Strand.

For ratings, traveler tips, and other tourist information, go to the Sola Municipality attractions website.

Use the Route module to find suitable travel options from Tromso to Sola Municipality. Prepare for somewhat warmer weather when traveling from Tromso in January: high temperatures in Sola Municipality hover around 4°C and lows are around 0°C. Finish up your sightseeing early on the 9th (Wed) so you can travel to Grimstad.
more less

Things to do in Sola Municipality 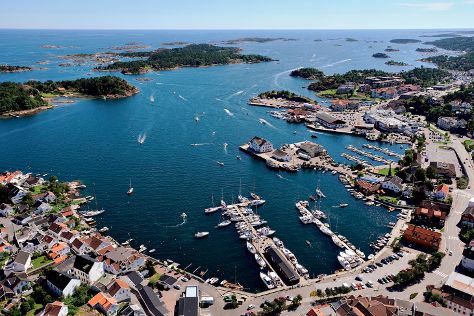 ©
Grimstad is a town and municipality in Aust-Agder county, Norway. Take a break from the city and head to Grimstad's Archipelago and Tromoya. Get out of town with these interesting Grimstad side-trips: Sjosanden (in Mandal) and Kristiansand (Oddernes Church, Kristiansand Domkirke, &more). There's more to do: pause for some serene contemplation at Trinity Church.

For reviews, ratings, maps, and other tourist information, read our Grimstad trip website.

Things to do in Grimstad

©
Larvik is a town and municipality in Vestfold county, Norway. Escape the urban bustle at Foten Beach and Molen. Get out of town with these interesting Larvik side-trips: Saga Oseberg (in Tonsberg), Svarstad Skisenter (in Svarstad) and Skjellvika (in Sandefjord). And it doesn't end there: kick back and relax at Saltholmen, attend a local event at Mersmak I Skien AS, contemplate the long history of Fredriksvern Verft, and stroll around Midtasen Sculpture Park.

To find traveler tips, photos, more things to do, and tourist information, refer to the Larvik trip planner.

You can drive from Grimstad to Larvik in 2 hours. January in Larvik sees daily highs of 0°C and lows of -5°C at night. Finish your sightseeing early on the 17th (Thu) so you can drive to Oslo.
more less

Things to do in Larvik

Get outdoors at Ingierstrand Beach and Paradisbukta. There's lots more to do: sample the tasty concoctions at HIMKOK Storgata Destilleri, kick back and relax at Hvervenbukta, stroll through Fiskevollbukta Beach, and explore the world behind art at Vigeland Museum.

For more things to do, photos, where to stay, and tourist information, read Oslo tour planner.

Drive from Larvik to Oslo in 2 hours. Alternatively, you can take a train; or take a bus. While traveling from Larvik, expect a bit warmer days and little chillier nights in Oslo, ranging from highs of 6°C to lows of -9°C. Wrap up your sightseeing on the 28th (Mon) to allow time to travel back home.
more less