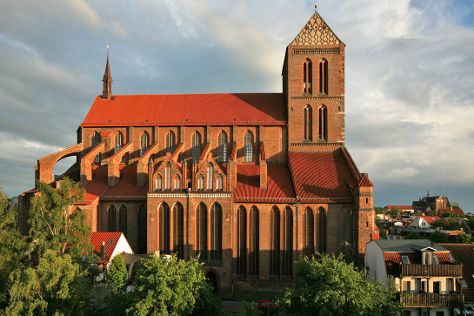 ©
Wismar is a port and Hanseatic city in Northern Germany on the Baltic Sea, in the state of Mecklenburg-Vorpommern. On the 10th (Tue), make a trip to Bothmer Palace, don't miss a visit to Marienkirche, make a trip to Kirche St. Georgen, admire the striking features of Alter Schwede, then make a trip to Nikolaikirche, and finally make a trip to Old Hansa Harbor.

To see ratings, other places to visit, and tourist information, use the Wismar trip app.

If you are flying in from United States, the closest major aiports are Berlin-Tegel Airport, Hamburg Airport and Hannover Airport. In September, daytime highs in Wismar are 67°F, while nighttime lows are 50°F. Finish your sightseeing early on the 10th (Tue) to allow enough time to drive to Schwerin.
more less

Things to do in Wismar

Bothmer Palace
Highlights from your plan 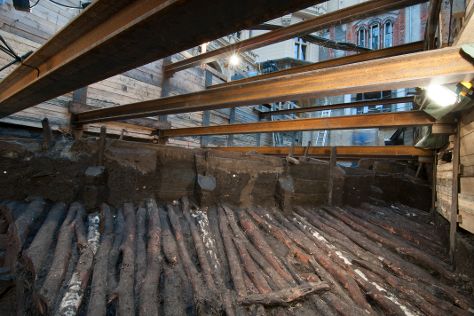 ©
Schwerin is the capital and second-largest city of the northern German state of Mecklenburg-Vorpommern. Kick off your visit on the 11th (Wed): kick back and relax at Travemunde, contemplate the long history of Alter Kran, and then take in the architecture and atmosphere at St. Nicolai Kirche. On the 12th (Thu), you'll have a packed day of sightseeing: step into the grandiose world of Schwerin Castle (Schweriner Schloss), then take some stellar pictures from Luneburg Water Tower, and then get a sense of history and politics at Historisches Lueneburger Rathaus.

For ratings, maps, reviews, and other tourist information, go to the Schwerin online travel planner.

Getting from Wismar to Schwerin by car takes about an hour. Other options: take a train. September in Schwerin sees daily highs of 66°F and lows of 52°F at night. Wrap up your sightseeing by early afternoon on the 13th (Fri) to allow enough time to drive back home.
more less

Things to do in Schwerin

Luneburg, Travemunde
Highlights from your plan