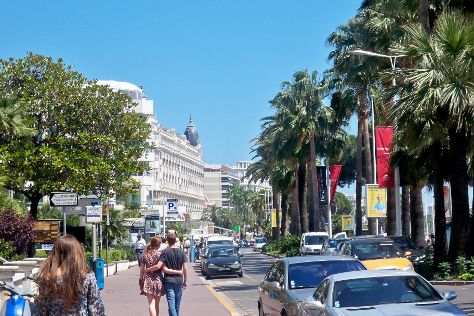 Popular historic sites such as La Croisette and Haut de Cagnes are in your itinerary. Let the collections at Villa & Jardins Ephrussi de Rothschild and Musée Marc Chagall capture your imagination. Explore Nice's surroundings by going to Rue d'Antibes (in Cannes) and Saint-Paul de Vence (in St-Paul-de-Vence). Spend the 22nd (Sun) exploring the fascinating underwater world at Marineland. Next up on the itinerary: explore the world behind art at Musee d'Art Moderne Et d'Art Contemporain and steep yourself in history at Villa Kerylos.

If you are flying in from Italy, the closest major aiport is Nice-Côte d'Azur Airport. March in Nice sees daily highs of 17°C and lows of 9°C at night. Cap off your sightseeing on the 22nd (Sun) early enough to travel back home.
more less