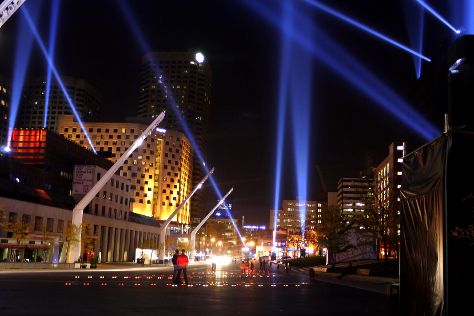 Get some cultural insight at Notre-Dame Basilica and St. Patrick's Basilica. Take a break from the city and head to Speed Boats Tours and Lieu Historique National du Canal-de-Lachine. And it doesn't end there: stop by Quartier des spectacles, pause for some serene contemplation at The Church of St. Andrew and St. Paul, don't miss a visit to Place Jacques-Cartier, and get a new perspective on nature at Biodome de Montreal.

To find maps, ratings, where to stay, and tourist information, refer to the Montreal trip itinerary app.

If you are flying in from United States, the closest major aiports are Montreal / Pierre Elliott Trudeau International Airport, La Macaza / Mont-Tremblant International Inc Airport and Montreal International (Mirabel) Airport. August in Montreal sees daily highs of 78°F and lows of 63°F at night. Finish your sightseeing early on the 19th (Mon) to allow enough time to travel back home.
more less