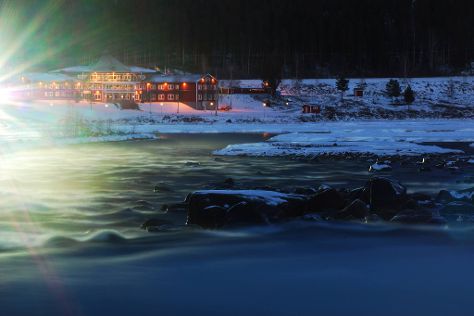 ©
Luleå is a city on the coast of northern Sweden, and the capital of Norrbotten County, the northernmost county in Sweden. Venture out of the city with trips to Town Hall Square (in Pitea), Storforsens Naturreservat (in Alvsbyn) and Storforsen (in Vidsel). And it doesn't end there: take an in-depth tour of Kukkolaforsen, don't miss a visit to The Old Harbour Crane, get in on the family fun at Western Farm, and pause for some serene contemplation at Kalix Kyrka.

Plan a trip to Lulea easily and quickly by telling Inspirock to suggest an itinerary.

If you are flying in from United Kingdom, the closest major aiport is Luleå Airport. In September, daily temperatures in Lulea can reach 17°C, while at night they dip to 7°C. Wrap up your sightseeing on the 1st (Thu) to allow time to travel back home.
more less

Things to do in Lulea