©
Antakya is the seat of the Hatay Province in southern Turkey.In ancient times, Antakya was known as Antioch, and was for centuries one of the largest cities in the Roman Empire. Take a break from Antakya with a short trip to Vespasianus Titus Tunnel in Samandag, about 48 minutes away. The adventure continues: take in the dramatic scenery at Harbiye Selalesi, see the interesting displays at Antakya Archaeological Museum, admire the landmark architecture of Ulu Mosque, and take in the spiritual surroundings of St Simeon Monastery.

To see maps, more things to do, traveler tips, and other tourist information, use the Antakya trip itinerary planner.

Adana to Antakya is an approximately 3-hour car ride. In September in Antakya, expect temperatures between 37°C during the day and 24°C at night. Finish up your sightseeing early on the 3rd (Thu) so you can go by car to Iskenderun.
more less 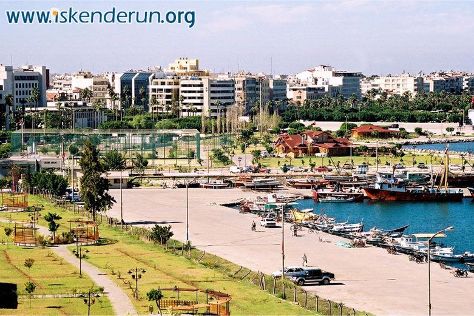 ©
Kick off your visit on the 4th (Fri): identify plant and animal life at Sogukoluk (Guzelyayla) Piknik Alani, get great views at Seyir Terasi, and then don't miss a visit to Iskenderun Sahil.

For where to stay, more things to do, maps, and other tourist information, use the Iskenderun trip planner.

Drive from Antakya to Iskenderun in 1.5 hours. Cap off your sightseeing on the 4th (Fri) early enough to go by car back home.
more less

Things to do in Iskenderun

Seyir Terasi
Highlights from your plan