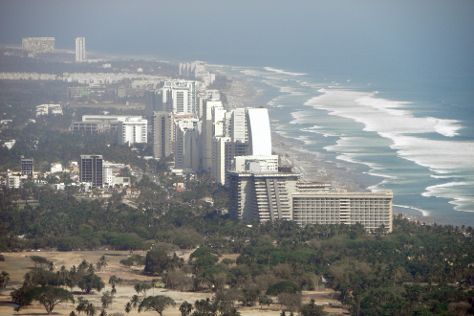 Probably one of Mexico's best-known beach resorts, Acapulco came into prominence in the mid-20th century, when it became a getaway for Hollywood movie starts and European millionaires.

Acapulco is known for nature, beaches, and scenic drive. Your plan includes some of its best attractions: wander the streets of Punta Diamante, explore the striking landscape at La Quebrada, take a memorable drive along Costera, and look for gifts at Senor Frog's.

To find photos, ratings, where to stay, and other tourist information, read Acapulco trip itinerary planner.

If you are flying in from United States, the closest major aiport is General Juan N Alvarez International Airport. In May in Acapulco, expect temperatures between 93°F during the day and 74°F at night. Finish your sightseeing early on the 28th (Thu) so you can travel back home.
more less

Things to do in Acapulco