©
Scurcola Marsicana is a comune and town in the province of L'Aquila, in the Abruzzo region of central Italy.It is located at the feet of Mount San Nicola, on the western rim of the former Fucine Lake.HistoryThe most ancient findings of human presence in the area date from the 9th-8th centuries BC.The name is of Lombard origin, and is first mentioned around 1150 AD.In the nearby, in the Piani Palentini, was fought the Battle of Tagliacozzo between Conradin of Hohenstaufen and Charles I of Anjou. You'll find plenty of places to visit near Scurcola Marsicana: Giardino di Ninfa (in Cisterna di Latina), Sermoneta (Abbazia di Valvisciolo & Castello Caetani) and Sicily Rome American Cemetery and Memorial (in Nettuno). Pack the 11th (Thu) with family-friendly diversions at Zoomarine. Next up on the itinerary: take in the spiritual surroundings of Monastero Di S.Benedetto, stroll around Riserva Naturale Monte Velino, take an in-depth tour of Museo Storico Piana delle Orme, and gain a rich perspective with Spazio Articolo Nove.

Ask Inspirock to suggest an itinerary and make planning a trip to Scurcola Marsicana fast, fun, and easy.

Rome to Scurcola Marsicana is an approximately 1.5- hour car ride. October in Scurcola Marsicana sees daily highs of 25°C and lows of 13°C at night. Wrap up your sightseeing on the 12th (Fri) early enough to travel to Magliano de' Marsi.
more less

©
You'll find plenty of places to visit near Magliano de' Marsi: Castello Piccolomini di Celano (in Celano), Cascata delle Marmore (in Marmore) and Lago di Piediluco (in Piediluco). There's much more to do: contemplate the long history of Bunker Soratte, explore the activities along Lago del Turano, take in the architecture and atmosphere at Abbazia di Farfa, and make a trip to Labro.

To see reviews, ratings, more things to do, and other tourist information, read our Magliano de' Marsi trip app.

Magliano de' Marsi is just a stone's throw from Scurcola Marsicana. Expect a daytime high around 25°C in October, and nighttime lows around 13°C. Finish your sightseeing early on the 18th (Thu) so you can travel to Calascio.
more less

Things to do in Magliano de' Marsi

Plan my trip to Calascio with suggested itineraries provided by Inspirock.

Things to do in Calascio 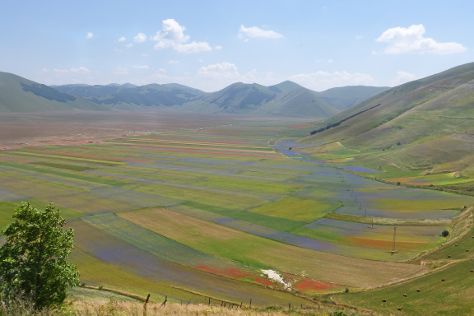 Traveling by car from Calascio to Civitella del Tronto takes 2 hours. Wrap up your sightseeing on the 1st (Thu) early enough to drive to Pescara.
more less

Things to do in Civitella del Tronto 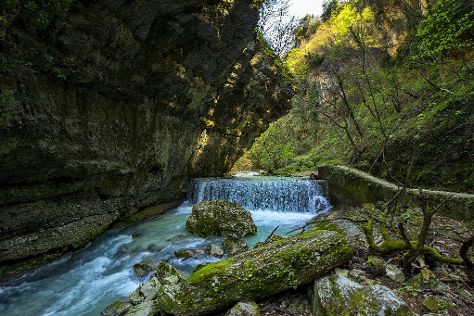 ©
Pescara is the capital city of the Province of Pescara, in the Abruzzo region of Italy. You'll find plenty of places to visit near Pescara: Vasto (Loggia Amblingh, Aqualand del Vasto, &more), Area Marina Protetta Torre del Cerrano (in Pineto) and Castello Ducale di Crecchio (in Crecchio). There's lots more to do: snap pictures at Ponte del Mare, do a tasting at Cantine Maligni, take in the architecture and atmosphere at Parrocchia di San Giovanni Bosco, and identify plant and animal life at Riserva Naturale Statale Valle dell'Orfento.

For maps, traveler tips, more things to do, and other tourist information, go to the Pescara online trip itinerary planner.

Getting from Civitella del Tronto to Pescara by car takes about 1.5 hours. November in Pescara sees daily highs of 20°C and lows of 8°C at night. Finish your sightseeing early on the 7th (Wed) so you can drive to Opi.
more less 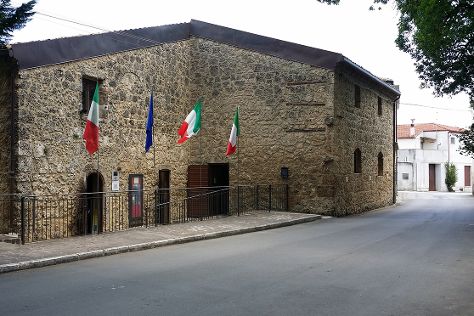 To see ratings, other places to visit, maps, and more tourist information, go to the Opi trip planner.

Getting from Pescara to Opi by car takes about 2 hours. In November, daily temperatures in Opi can reach 19°C, while at night they dip to 7°C. Wrap up your sightseeing by early afternoon on the 14th (Wed) to allow enough time to travel back home.
more less

Things to do in Opi