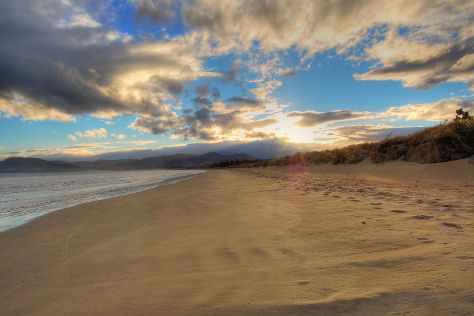 Your itinerary includes some good beach time at Seven Mile Beach and South Cape Bay. Eschew the tourist crowds and head to Sullivans Cove and St John the Evangelist Roman Catholic Church. Explore the numerous day-trip ideas around Hobart: Raptor Refuge (in Kettering), Tahune Forest AirWalk (in Geeveston) and Mount Field National Park (Russell Falls & Tall Trees Walk). categoryPhrases.sentence.Spend_the_day_observing_fascinating_marine_mammals_with a dolphin and whale watching tour. There's much more to do: identify plant and animal life at Bonorong Wildlife Sanctuary, take in the waterfront at Constitution Dock, admire the masterpieces at Museum of Old and New Art (Mona), and do a tasting at Puddleduck Vineyard.

To see photos, more things to do, where to stay, and other tourist information, refer to the Hobart trip planner. 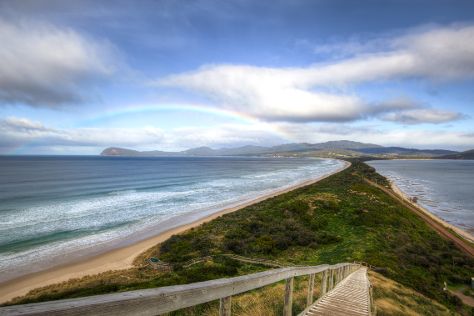 Vacations on Bruny Island ensure a chance to spot local wildlife, like penguins, many different birds, and echidnas.

You'll discover tucked-away gems like The Neck and Bruny Island Premium Wines. Step out of the city life by going to South Bruny National Park and Bruny Island Quarantine Station. Next up on the itinerary: enjoy the sea views from Cape Bruny Lighthouse, trek along Fluted Cape Trail, and look for gifts at Bruny Island Honey.

To find photos, other places to visit, where to stay, and tourist information, read Bruny Island online trip planner.

You can drive from Hobart to Bruny Island in 2 hours. December in Bruny Island sees daily highs of 24°C and lows of 13°C at night. Cap off your sightseeing on the 13th (Sun) early enough to go by car to Port Arthur.
more less

Things to do in Bruny Island 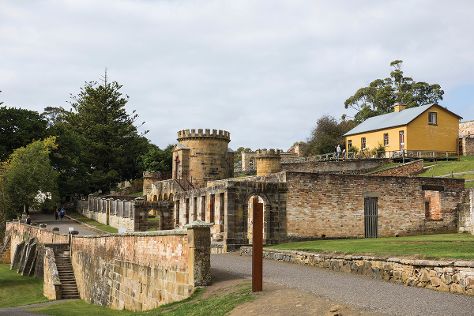 Surrounded by shark-infested waters and connected to the mainland by a narrow isthmus of land, Port Arthur ranks among Australia's top historical sites and heritage areas.

Visiting Tasmanian Devil Unzoo and Maria Island National Park will get you outdoors. Eschew the tourist crowds and head to Three Capes Track and Tasman Arch. Change things up with these side-trips from Port Arthur: Eaglehawk Neck (Waterfall Bay, Fortescue Bay, &more) and Coal Mines Historic Site (in Saltwater River). There's much more to do: get to know the fascinating history of Cape Raoul, explore the striking landscape at Tessellated Pavement, get engrossed in the history at Eaglehawk Neck Historic Site, and appreciate the history behind Dog Line.

To find where to stay, other places to visit, photos, and other tourist information, you can read our Port Arthur travel route planner.

Drive from Bruny Island to Port Arthur in 3.5 hours. In December, daytime highs in Port Arthur are 24°C, while nighttime lows are 13°C. Finish your sightseeing early on the 18th (Fri) to allow enough time to drive to Coles Bay.
more less

Things to do in Port Arthur 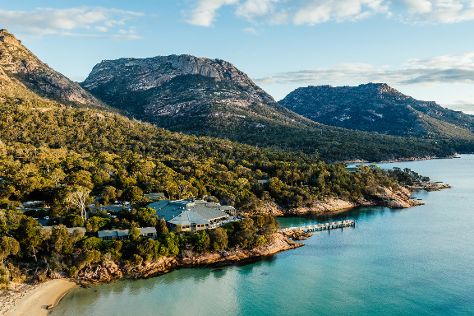 Overlooking one of Tasmania's most scenic strips of coastline and serving as the gateway to Freycinet National Park, Coles Bay is home to just 500 permanent residents.

Your itinerary includes some good beach time at Friendly Beaches and Wineglass Bay. Get some cultural insight at Devil's Corner Cellar Door and Cape Tourville Lighthouse. Get out of town with these interesting Coles Bay side-trips: Spiky Bridge (in Swansea), Melshell Oyster Shack (in Dolphin Sands) and East Coast Natureworld (in Bicheno). The adventure continues: surround yourself with nature on a nature and wildlife tour, learn about winemaking at Gala Estate Vineyard, admire all the interesting features of Coles Bay Jetty, and look for all kinds of wild species at Freycinet National Park.

To find reviews, where to stay, more things to do, and tourist information, go to the Coles Bay tour builder website.

Traveling by car from Port Arthur to Coles Bay takes 3.5 hours. Alternatively, you can take a bus. Finish your sightseeing early on the 23rd (Wed) so you can drive to St Helens.
more less

Things to do in Coles Bay 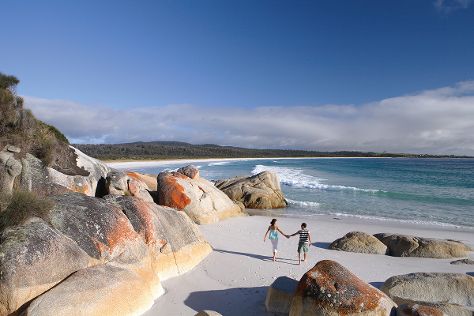 Get a sense of the local culture at Chinese Heritage Mining Area and St Marys Cranks and Tinkerers. You'll discover tucked-away gems like Bay of Fires Conservation Area and St Columba Falls Reserve. Get out of town with these interesting St Helens side-trips: Little Blue Lake (in South Mount Cameron), Gone Rustic Studio and Gallery (in St Marys) and Blue Derby Mountain Bike Trails (in Derby). The adventure continues: admire the sheer force of St Columba Waterfall, take in the exciting artwork at Suncoast Gallery, tee off at Cerise Brook Orchard and Family Golf Course, and experience rural life at Eureka Farm.

For reviews, traveler tips, photos, and other tourist information, you can read our St Helens road trip planner.

Traveling by car from Coles Bay to St Helens takes 1.5 hours. In December, daytime highs in St Helens are 25°C, while nighttime lows are 10°C. Finish your sightseeing early on the 27th (Sun) to allow enough time to drive to Launceston.
more less

Things to do in St Helens

The Heart of Tasmania

Lying in the Tamar Valley and surrounded by forested hills, the grid-patterned city of Launceston boasts shaded avenues, vibrant street life, and a cosmopolitan atmosphere.

Step off the beaten path and head to Trowunna Wildlife Sanctuary and Tamar Island Wetlands. Get some cultural insight at Queen Victoria Museum & Art Gallery and Beaconsfield Mine & Heritage Centre. Explore the numerous day-trip ideas around Launceston: Beauty Point (Seahorse World & Platypus House), Leven Canyon (in Ulverstone) and Wings Wildlife Park (in Gunns Plains). The adventure continues: appreciate the views at The Tamar Valley, explore the fascinating underground world of Marakoopa Cave, identify plant and animal life at Cataract Gorge Reserve, and do a tasting at Iron Pot Bay Vineyard.

To find traveler tips, maps, where to stay, and tourist information, use the Launceston trip planner.

Traveling by car from St Helens to Launceston takes 2.5 hours. In December, daily temperatures in Launceston can reach 25°C, while at night they dip to 10°C. Wrap up your sightseeing on the 2nd (Sat) to allow time to travel back home.
more less

Things to do in Launceston