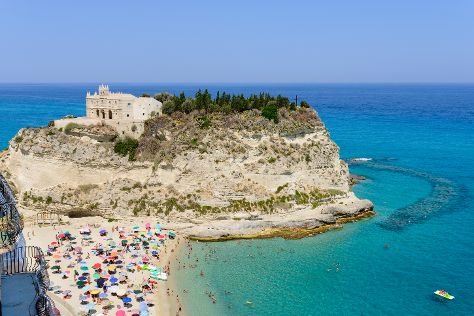 ©
Tropea is a municipality located within the province of Vibo Valentia, in Calabria (southern Italy).The town is a famous bathing place, situated on a reef, in the gulf of St. Tropea is known for beaches, historic sites, and childrens museums. Your plan includes some of its best attractions: stroll through Tropea Beach, kick back and relax at Praia di Fuoco, get engrossed in the history at Artistic Creations The Lighthouse, and contemplate in the serene atmosphere at The Sanctuary of Santa Maria dell'Isola.

For maps, other places to visit, and more tourist information, go to the Tropea tour builder site.

Sydney, Australia to Tropea is an approximately 30-hour combination of flight and train. You can also fly. Due to the time zone difference, you'll gain 9 hours traveling from Sydney to Tropea. Traveling from Sydney in July, expect nights in Tropea to be much warmer, around °C, while days are somewhat warmer, around °C. Cap off your sightseeing on the 16th (Thu) early enough to go by car to Praia A Mare.
more less

©
Praia a Mare is a town and comune of the province of Cosenza in the Calabria region of Italy. Explore the numerous day-trip ideas around Praia A Mare: Torre dell'Orologio (in Orsomarso) and River Rafting & Tubing (in Papasidero). There's much more to do: step off the mainland to explore Island Dino, explore the fascinating underground world of Grotta Azzurra, make a trip to Santuario Diocesano Madonna della Grotta, and head outdoors with Stabilimento Balneare Il Pescespada.

To find ratings, reviews, more things to do, and tourist information, you can read our Praia A Mare holiday builder site.

Getting from Tropea to Praia A Mare by car takes about 3 hours. Other options: take a train. Finish your sightseeing early on the 19th (Sun) so you can drive to Laino Borgo.
more less

Things to do in Praia A Mare

©
Laino Borgo is a town and comune in the province of Cosenza in the Calabria region of southern Italy. On the 20th (Mon), let the river carry you with a rafting and tubing tour, appreciate the extensive heritage of Complesso Monumentale Santuario delle Cappelle, thenexplore the striking landscape at Grotta del Romito, and finally get outside with Parco Avventura Gioia.

To find reviews, other places to visit, photos, and other tourist information, refer to the Laino Borgo visit planner.

Traveling by car from Praia A Mare to Laino Borgo takes an hour. Alternatively, you can take a bus. Finish your sightseeing early on the 20th (Mon) to allow enough time to drive to Civita.
more less

Things to do in Laino Borgo

©
Civita is a hilltown and comune in the province of Cosenza in the Calabria region of southern Italy. Kick off your visit on the 21st (Tue): take your sightseeing to a higher altitude at Ferrata Ramo Imperiale, look for all kinds of wild species at Setteventi del Pollino, thensnap pictures at Il ponte del diavolo, and finally take in the architecture and atmosphere at Chiesa di S. Maria Assunta. Here are some ideas for day two: take an in-depth tour of Museo Etonico Arbresh, thendon't miss a visit to Sanctuary of St Maria of Weapons, thendon't miss a visit to Parco Della Lavanda, and finally see the interesting displays at le case del nibbio.

To find photos, ratings, maps, and more tourist information, you can read our Civita trip planner.

Getting from Laino Borgo to Civita by car takes about an hour. Wrap up your sightseeing on the 22nd (Wed) early enough to drive to Rossano.
more less

Things to do in Civita

©
Sanctuary of St Maria of Weapons 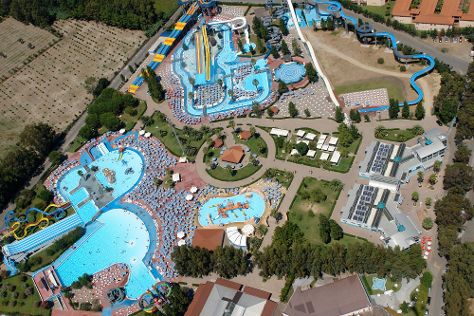 ©
Rossano is a town and comune in the province of Cosenza, Calabria, southern Italy. Change things up with these side-trips from Rossano: Lido Serenella (in Torretta) and Riserva Naturale I Giganti della Sila (in Spezzano della Sila). Plan for a day of cool, family-friendly fun on the 23rd (Thu) at AcquaPark Odissea 2000. And it doesn't end there: examine the collection at Museo della Liquirizia "Giorgio Amarelli", pause for some serene contemplation at Cattedrale di Maria Santissima Achiropita, enjoy breathtaking views from Torre Normanna di avvistamento di S. Angelo, and kick back and relax at Faro Capo Trionto.

For photos, more things to do, maps, and tourist information, go to the Rossano trip planner.

You can drive from Civita to Rossano in 1.5 hours. Wrap up your sightseeing on the 25th (Sat) early enough to drive to Le Castella.
more less

Things to do in Rossano

©
Kick off your visit on the 26th (Sun): enjoy the sand and surf at Spiaggia di Curmo, don't miss a visit to Le Cannella, thenstop by Il Vicolo delle Ceramiche, and finally explore the historical opulence of Castello Aragonese di Le Castella.

To find more things to do, ratings, maps, and other tourist information, refer to the Le Castella trip itinerary builder app.

Traveling by car from Rossano to Le Castella takes 2 hours. Alternatively, you can do a combination of train and bus; or take a bus. Wrap up your sightseeing on the 26th (Sun) to allow time to drive to Catanzaro.
more less

Things to do in Le Castella

©
Catanzaro, also known as the city of the two seas, is an Italian city of 91,000 inhabitants and the capital of the Calabria region and of its province.The archbishop's seat was the capital of the province of Calabria Ultra for over 200 years. You'll find plenty of places to visit near Catanzaro: Habana Beach Club (in Sellia Marina), Sila National Park (in San Giovanni in Fiore) and Spiaggia Cupido di Sant'Andrea Apostolo dello Ionio (in Sant'Andrea Apostolo dello Ionio). There's much more to do: stroll around Parco della Biodiversita Mediterranea, head outdoors with Cocobeach, and discover the riches below the earth's surface at Antiche Miniere.

To see more things to do, photos, where to stay, and tourist information, read our Catanzaro holiday planner.

Traveling by car from Le Castella to Catanzaro takes an hour. Alternatively, you can take a bus. In July in Catanzaro, expect temperatures between °C during the day and °C at night. Finish your sightseeing early on the 29th (Wed) to allow enough time to drive to Squillace.
more less

Things to do in Catanzaro

©
Squillace is an ancient seaside town and comune, in the Province of Catanzaro, part of Calabria, southern Italy, facing the Gulf of Squillace.Squillace is situated on the east coast of Calabria, on the shores of an extensive bay, the Gulf of Squillace (Golfo di Squillace), which indents the coast of Calabria on the east as deeply as that of the Gulf of Saint Euphemia (Italian: Golfo di Sant'Eufemia) does on the west, with a comparatively narrow isthmus between them. Explore the numerous day-trip ideas around Squillace: Santuario “Santa Maria delle Grazie” (in Torre di Ruggiero) and Serra San Bruno (Chiesa di San Biagio, detta anche Chiesa Matrice, Certosa di Serra San Bruno, &more). There's still lots to do: kick back and relax at Copanello Lido Libero, tour the pleasant surroundings at Brondi's Beach, steep yourself in history at Scolacium Archaeological Park, and step into the grandiose world of Castello Normanno di Squillace.

Traveling by car from Catanzaro to Squillace takes an hour. In July, plan for daily highs up to °C, and evening lows to °C. Wrap up your sightseeing on the 2nd (Sun) to allow time to drive to Pizzo.
more less

Things to do in Squillace

Take the guesswork out of planning a Pizzo vacation by using our trip itinerary maker.

Traveling by car from Squillace to Pizzo takes an hour. In August, plan for daily highs up to °C, and evening lows to °C. Finish up your sightseeing early on the 5th (Wed) so you can go by car to Scilla.
more less

Things to do in Pizzo

To find where to stay, traveler tips, and more tourist information, you can read our Scilla trip planner.

Traveling by car from Pizzo to Scilla takes an hour. Alternatively, you can do a combination of taxi and train. Traveling from Pizzo in August, plan for somewhat warmer nights in Scilla, with lows around °C. Finish your sightseeing early on the 8th (Sat) to allow enough time to drive to Reggio Calabria.
more less

Things to do in Scilla 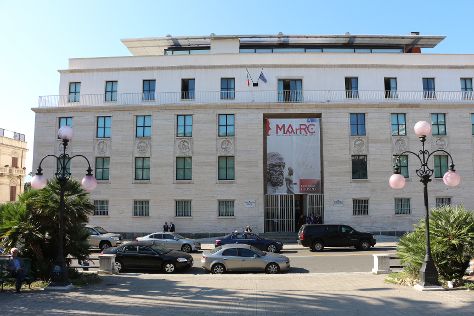 For reviews, where to stay, more things to do, and more tourist information, read our Reggio Calabria trip builder.

Reggio Calabria is just a stone's throw from Scilla. In August in Reggio Calabria, expect temperatures between °C during the day and °C at night. You will have some time to spend on the 13th (Thu) before leaving for home.
more less