Plan created by another user. Make it yours
Start from...
1
Zanzibar City
— 2 nights
End at...
See full calendar 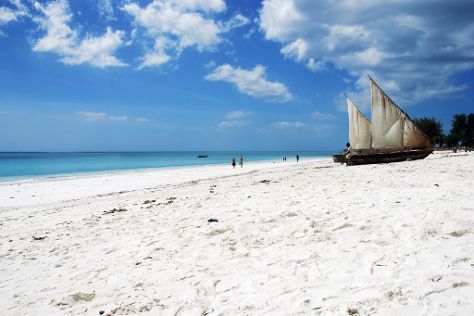 Discover a myriad of attractions in Zanzibar City, like its World Heritage-listed historic core, charming beach villages, and the modern neighborhood of Ng'ambo.

When in Zanzibar City, make a side trip to see Nungwi Beach in Nungwi, approximately Nungwi away. And it doesn't end there: head off the coast to Prison Island - Changuu Private Island, see the interesting displays at Freddie Mercury Museum, admire the striking features of House of Wonders (Beit-el-Ajaib), and pause for some serene contemplation at Old Slave Market/Anglican Cathedral.

For photos, where to stay, maps, and tourist information, go to the Zanzibar City route tool.

Things to do in Zanzibar City