Home to Poets and Philosophers

Weimar more than makes up for its relatively small size with a wealth of historical, cultural, and architectural attractions.

Kick off your visit on the 28th (Fri): stroll around Park an der Ilm.

To see maps, traveler tips, where to stay, and tourist information, refer to the Weimar trip planner.

Dublin, Ireland to Weimar is an approximately 13-hour combination of flight and car. You can also drive. Due to the time zone difference, you'll lose 1 hour traveling from Dublin to Weimar. Expect slightly colder temperatures when traveling from Dublin in December; daily highs in Weimar reach 6°C and lows reach 0°C. On the 28th (Fri), wrap the sightseeing up by early afternoon so you can drive to Altenburg.
more less

Things to do in Weimar 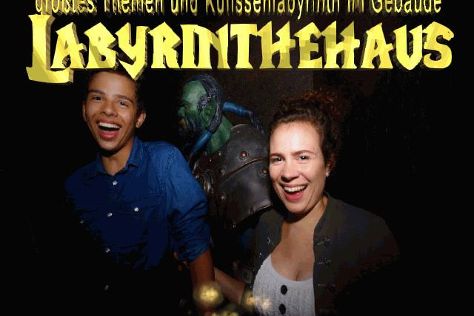 ©
Altenburg is a city in Thuringia, Germany, located 40km south of Leipzig, 90km west of Dresden and 100km east of Erfurt. On the 28th (Fri), get your game on at Labyrinthehaus Altenburg.

Traveling by car from Weimar to Altenburg takes 1.5 hours. December in Altenburg sees daily highs of 7°C and lows of 3°C at night. Wrap up your sightseeing on the 28th (Fri) early enough to travel back home.
more less

Things to do in Altenburg

Fun & Games
Highlights from your plan