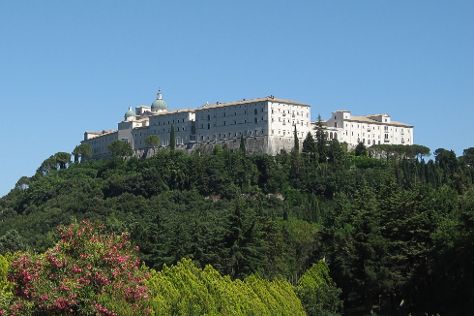 ©
San Felice Circeo is a town and comune in the province of Latina, in the Lazio region of central Italy.It is included in that Circeo National Park. You'll find plenty of places to visit near San Felice Circeo: Monte Cassino (in Cassino), Museo Storico Piana delle Orme (in Borgo Faiti) and MagicLand (in Valmontone). There's lots more to do: don't miss a visit to San Felice Circeo, tour the pleasant surroundings at Spiaggia di Torre Paola, pause for some serene contemplation at Chiesa di San Felice Martire, and explore the fascinating underground world of Caves of Pastena.

If you are flying in from United Kingdom, the closest major aiports are Leonardo da Vinci–Fiumicino Airport, Ciampino–G. B. Pastine International Airport and Naples International Airport. In September in San Felice Circeo, expect temperatures between 32°C during the day and 18°C at night. Finish your sightseeing early on the 7th (Sat) so you can travel back home.
more less

Things to do in San Felice Circeo