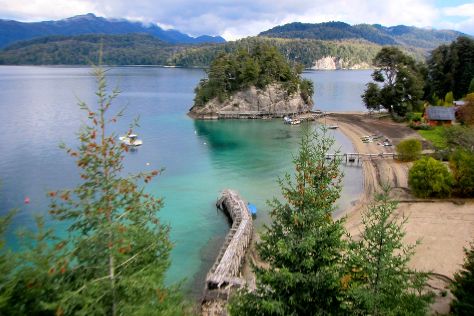 Nestled against the foothills of the Andes, scenic San Carlos de Bariloche hugs the southern shore of Nahuel Huapi Lake and ranks among Argentina's top destinations for active outdoor vacations.

Visiting Parque Nacional Nahuel Huapi and Cerro Otto will get you outdoors. Next up on the itinerary: hike along Circuito Chico, test your team's savvy at popular escape rooms, hit the slopes at Catedral Alta Patagonis, and contemplate the geological forces at Cerro Tronador.

For maps, where to stay, more things to do, and other tourist information, go to the San Carlos de Bariloche trip planner .

In March, daytime highs in San Carlos de Bariloche are 68°F, while nighttime lows are 40°F. Finish your sightseeing early on the 12th (Thu) to allow enough time to travel back home.
more less

Things to do in San Carlos de Bariloche